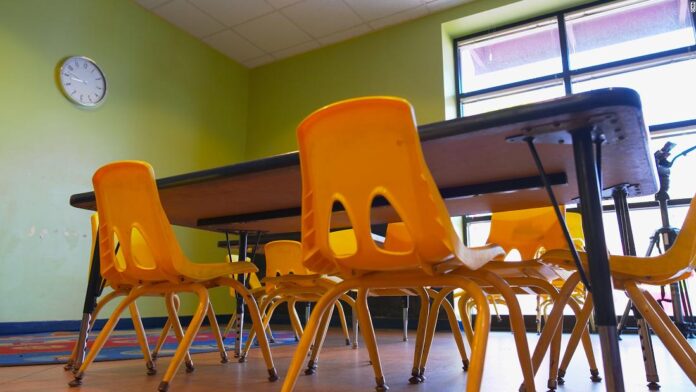 At KidzStuff Childcare Center in Baltimore, the cost of food, rent, power and supplies is soaring. CEO Angela Kidane has raised her staff’s salaries by roughly 40% amid a tight labor market, but she’s still struggling to hire teachers. That has forced her to close at least one classroom, which could cost the nonprofit organization as much as $150,000 for the year.

“We probably are up at least 30-to-35% in operating costs,” Kidane told CNN. “What goes through my mind is, how’s that going to affect our parents? We’re going to have to pass on the cost.”

This fall, Kidane will raise tuition for the third time in 12 months — in all, up 30%. For some families, full-time child care could cost thousands of dollars more per year.

“It’s not easy for us to have to do this, but it is a necessity,” Kidane said. “We couldn’t survive. We wouldn’t stay open.”

“It’s happening everywhere,” National Child Care Association Director Cindy Lehnhoff said. “[Programs] don’t have an alternative to keep the doors open, this is what has to happen. And they hate doing it to the parents, they hate it.”

Inflation isn’t the only problem

Inflation is only one part of the problem. There are 11.2% fewer child care workers in the industry than before the pandemic, despite federal relief funds that helped programs boost salaries (at least a little), according to a report from the Center for the Study of Child Care Employment at the University of California, Berkeley. As of last year, the median wage in the industry was just over $13 per hour, according to data from the Bureau of Labor Statistics.
A study found as of March 2021, nearly 16,000 child care programs had closed during the pandemic — roughly 9% of the industry’s licensed programs — creating longer waitlists and steeper tuition for parents.

“We’re hearing from people all over the country that child care costs are unaffordable, and we’re also hearing from parents who are child care workers that they’re not earning living wages,” MomsRising Executive Director Kristin Rowe-Finkbeiner said.

“Already, a half million families in the United States of America are estimated to be without child care because of lack of access and affordability,” she added. “With increasing pressure due to inflation, even more families are getting stranded without child care.”

“Families can’t wait to get their children back into child care in a safe way,” TOOTRiS CEO Alessandra Lezama said. “Coupled with the fact that so many programs were forced to shut down during Covid, the supply and demand issue has been aggravated.”

‘We don’t want to charge our parents more’

At Beach Babies Child Care, which has several branches in the Rehoboth Beach area of Delaware, owner Sean Toner is raising tuition 8% to 10% this fall for the second straight year to combat inflation and raise teacher salaries to roughly $14 per hour.

“We don’t want to charge our parents more for a good that shouldn’t cost this much,” Toner said. “I don’t want to be that person that’s driving away the parents.”

Jessica Gebbia is a teacher at Beach Babies. Her 5-year-old son also goes there for day care.

“Most of my paycheck is going just to have him here,” Gebbia said. “That’s rough, because now we have gas prices, food prices, everything’s just going up and up.”

But Gebbia doesn’t want to leave her job.

“I love what I do,” she said. “These children need teachers who do love what they do.”

But many mothers have left the workforce. It’s part of a growing trend: As of May, women’s jobs made up 88% of those lost in the pandemic, according to the Labor Department.

While pandemic relief funds helped stabilize child care providers somewhat, those funds are set to expire in the next two years. Advocates worry the industry could be headed for a cliff, and are urging for more federal investment in child care to bridge the gap between providers’ tight margins and the rising cost to families.

“The pandemic has made it nearly impossible for providers to continue, and the current market conditions have made it even more difficult,” said Michelle Kang, CEO of National Association for the Education of Young Children. “Without action to shore up and strengthen supply, we are headed for catastrophe, which would leave families without care options.”

To-Wen Tseng and her husband have struggled to afford child care for $370 per week in San Diego since her employer cut her hours in half. So she flew her kids to Taiwan to stay with family for the summer as she searches for a second job.

“If I just quit my job and stayed home and watch my kids, maybe the whole thing will be easier for my family,” Tseng said. “The reason why we’re still struggling to pay for this child care, it’s because I don’t want to give up my career. I’m trying so hard because I feel that I should be an example to my kids.”

LOOK: Bernheim Forest’s new artwork set up is sort of a...