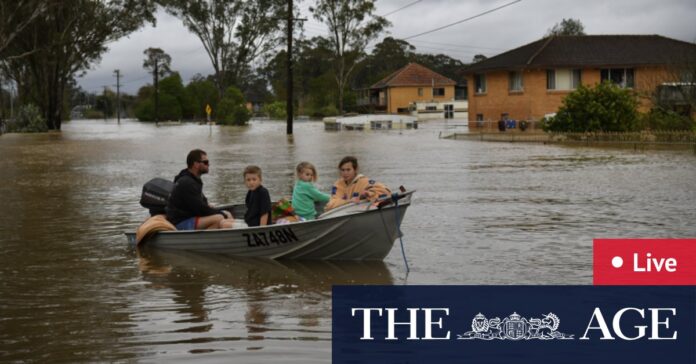 The Hunter River is expected to reach 13.8 metres at Singleton this evening, just one metre from overflowing.

Singleton’s storm water drains are already full, prompting the SES to issue an evacuation order earlier today. Hundreds have fled the town, with many others cut off.

In March, the Hunter River reached 13.15 metres and although the heaviest rainfall has cleared the Hunter catchment, further river level rises may prolong flooding.

Nearby, major flooding is occurring along the Wollombi Brook. The brook peaked at 14.2 metres in the early hours of Wednesday near Wollombi and is falling slowly. As it stands, it’s at 12.48.

In Maitland, the river peaked at Belmore Bridge at 7.09 metres on Monday, but could reach 10 metres on Thursday if further rainfall arrives as predicted.

Nationals not convinced of climate plan

Aussie rugby groups in for a shock: Kahui