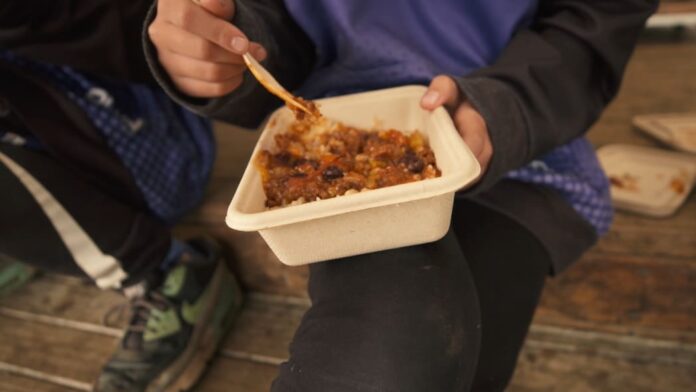 Eighty percent of students at a Māngere primary school are asking for a school-provided lunch, as parents struggle with the cost of feeding the family.

Jean Batten Primary School assistant principal Siolo John said families had become more reliant on the provided meals as soaring food prices made it hard to put food on the table and in the lunchbox.

Checkpoint visited Countdown Māngere, where some said they were relying on extended family to get by, while others said their weekly grocery bill had doubled.

Another pointed to the inflated cost of fresh fruit and vegetables.

A third shopper told Checkpoint she was relying on her mother’s savings to provide meals for her children.

Siolo John said some children would not eat at all if not for school intervention.

“Some of them have lots of food, they come with full lunchboxes,” she said.

“But then on the other side of the scale we have children who come because they know they are going to have a feed at school, and that’s cool.”

Breakfast clubs and school lunches had seen a massive uptake in the last two years.

Every child could access a meal. The vast majority do so, with some asking to take leftovers home.

“I think probably 80 percent of the children would access all of that,” John said.

She acknowledged that was a lot.

“That does indicate to us that there are pressures on whānau to have food on the table,” she said.

Lifewise chief executive Haehaetu Barrett told Checkpoint demand for her organisation’s services were at a level that seemed unfathomable 10 years ago.

“It’s around survival in today’s times,” she said.

“It’s around making good decisions on whether to pay the power bill to keep whānau warm, or to go to the supermarkets, and those increased prices, and get some kai.

“It’s around, ’are we feeding our babies or keeping them warm’?”

In Māngere, those financial decisions were playing out in the Countdown car park.

“Sometimes I can’t even afford to buy what my kids eat a week,” one mother told Checkpoint.

“It’s sad, having to see kids, like even on school trips, kids having no lunches,” another said.

Anti-mandate councillors attend protest to ‘be part of history’