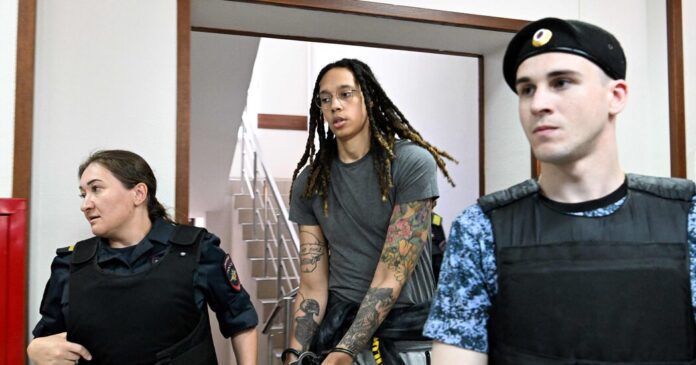 Russia’s Foreign Ministry said on Wednesday that basketball star Brittney Griner, currently on trial in Russia on drug smuggling charges, could appeal her sentence or ask for clemency once the court delivers its verdict.

“The court must first deliver its verdict, but no one is stopping Brittney Griner from making use of the appeal procedure and also from requesting clemency,” Aleksei Zaitsev, a ministry spokesman, told reporters at a news briefing in Moscow.

Mr. Zaitsev said that Ms. Griner’s “serious offense has been supported by indisputable evidence” and that “attempts to present her case as though the American woman was illegally detained do not stand up to criticism.”

Ms. Griner, 31, was detained on Feb. 17 after she was accused of having hashish oil in her luggage at an airport near Moscow, where she had traveled to play with UMMC Yekaterinburg, a Russian professional women’s basketball team.

The U.S. government has classified Ms. Griner as “wrongfully detained,” meaning that it believes the charges against her are falsified — perhaps intended to pressure Washington over the war in Ukraine.

If she is convicted, she faces up to 10 years in a Russian penal colony. On Monday, she sent a handwritten letter to President Biden asking him not to “forget about” her and other American detainees.

Romans Choose From a Crowded Field to Run a Chaotic City