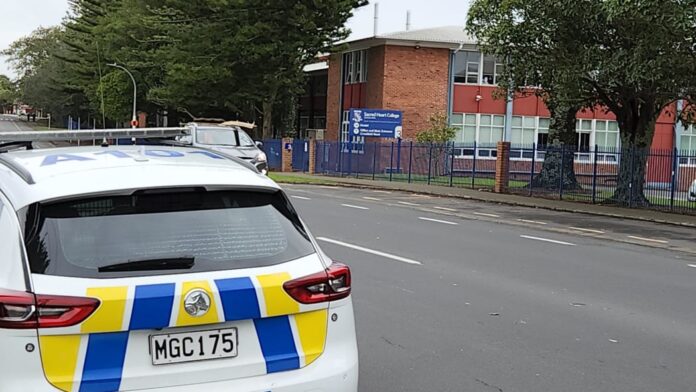 One person has been spoken to by police after a threat that led to a school closure this morning.

Sacred Heart College in east Auckland had to close for the day following an anonymous threat targeting two people via social media.

Headmaster Patrick Walsh said police advised him, given the nature of the threat, to close the boys’ school for the rest of the day as they continued their investigation.

Area commander Auckland East Jim Wilson said in a statement this evening that police had spoken to a person who was “extremely remorseful for what has occurred”.

He said police had wound down their operation in the area, however, inquiries would continue to be made.

“Social media places a quite big role in the lives of adolescence but I’m not aware of too many threats to an organisation that happens too often in terms of a school setting.”

Couillault said it was important to educate rangatahi and tamariki about how to be pro-social online, avoiding situations like the anonymous threat at Sacred Heart College.

“Obviously when things happen, when communications are highly inappropriate or highly offensive at school, or within school, there are some punitive measures we can take, but much like everything to do with society it takes a village to raise a child, so it’s everybody’s responsibility”.

Life Under the Specter of War: Images From Ukraine

Mushrooms may be the fun food to grow at home in...