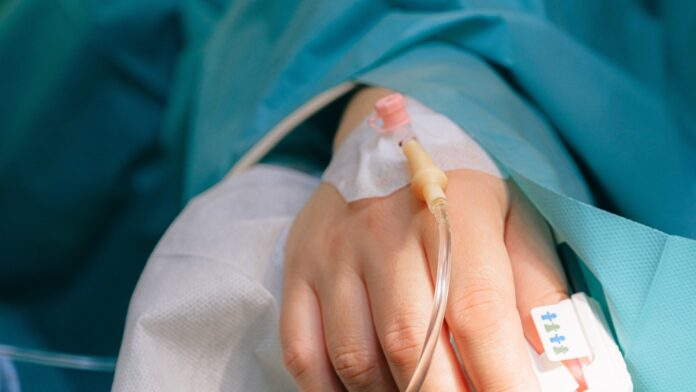 
Dr. Giovanna Sirianni talks to patients — and their families — about dying.


A family physician practicing in palliative medicine with Toronto’s Sunnybrook Hospital, she sits with them shortly after a diagnosis, and answers questions about incurable cancers that, she said, have become more common over the last two years.


“Because people are [coming in] with more advanced diseases, they really haven’t had the opportunity to get their head around the diagnosis and what’s happening,” she said.


As a result of shut-down clinics and inadequate screening of symptoms throughout the early months of the pandemic, hospitals have reported an uptick of patients with advanced-stage cancers and other life-limiting diseases since March 2020. A lack of early detection has brought Sirianni an influx of patients that are suddenly hit with a scary term: “palliative care.”


The term refers to any patients undergoing treatment for life-threatening illness. A major component of it, Sirianni said, is determining the particular end-of-life goals of the patients — what they hope to accomplish with the time they have left, and how these goals could align with their medical treatment.


But determining end-of-life goals entails accepting that the end of life is approaching — an acceptance patients have been more hesitant to discuss during the global health crisis, she said.


“They’ve been hit with this diagnosis that’s very much unexpected, and they become so caught up in thinking about the treatment plan that it becomes challenging to talk about goals of care,” she told CTVNews.ca.


Sirianni explained this type of response often differs from patients who have seen their illness progress from earlier stages, but she said there is a wide spectrum of openness people have towards discussing what dying will be like.


Often, “they feel like they’re on a treadmill,” she said. “[They think], ‘I’m on this treatment treadmill and you want me to get off to talk about goals of care? I’m not ready for that. I just need to figure out when my radiation and chemo will be.’”


Treatment plans that focus on pain management and symptom control are an important part of the palliative conversation, but Sirianni believes it’s equally important for patients to have difficult discussions about dying — and, therefore, living.


“I like to get a sense of the person who is there with me,” she said. “What’s important to them? What do they like to do? What do they value?”


Values, she said, can emerge through patients’ final objectives — such as making it to their daughter’s wedding and being able to walk down the aisle, or writing down their family history before it’s too late.


As patients and their families are confronted with the implications of life-ending illness, Sirianni suggests that palliative care offers an opportunity to reflect on a question that, at first registry, might seem contradictory to people who are dying: “Aside from goals of care, what are your goals of life?”


A palliative care physician with McGill University Health Centre in Montreal, Bhanabhai often expresses an analogy to his patients about his role as their end-of-life guide.


“The journey that a patient has towards end of life is like a river, and I haven’t been down that exact river before, but we’re in the canoe together. We don’t know exactly what’s at the end, but our goal is to make sure we don’t flip the boat over, even if there are rough waters ahead.”


The problem, Bhanabhai told CTVNews.ca, is that too many patients are not aware of “how to navigate those waters,” a reality that emerges when conversations about dying are not carried out during the time of diagnosis.


“The transition can be very rocky. Patients could feel like they missed out on planning that could have occurred earlier if they had a stronger sense of what was happening with their illness, if it wasn’t just thrust upon them at the end,” he said.


“It’s kind of like a relay race where the last runner just sort of throws the baton on the emergency room floor and other people are trying to scramble to pick it up,” Bhanabhai explained, referring to the rushed transition from emergency room treatment to palliative care — the speed of which could make important conversations difficult to have.


“Especially during the pandemic, it’s a pressure cooker and a lot of teams are running around like chickens with their heads cut off,” he said. “Patients feel abandoned, and many of them are left out of the loop, not knowing what to expect.”


Bhanabhai also works at Palliative Care Residence Vaudreuil-Soulanges, a hospice in Hudson, Que. The building, backed by a small forest, is full of open concept rooms, spa amenities and a “hominess” that Bhanabhai said is not offered in the sterile and medical environment of hospitals.


If the conversation regarding end of life happens late, Bhanabhai said options such as moving into a hospice – which allows peace and comfort in a patient’s final days — could become unavailable.


“Unfortunately, because teams are so busy, important and clear communication with patients is often being thrown to the waste side,” he said.


TALKING AT A DISTANCE


With varying health measures implemented throughout the pandemic, communication about end-of-life was complicated by physical distance, said Shahar Amir.


A visiting nurse for S.R.T Medstaff, a home health-care provider in Ontario, she considers herself the “eyes and ears” of her palliative team, visiting the homes of patients and determining what is needed to meet their end-of-life goals through assessments and check-ins. Her visits allow her to relay relevant information to the interdisciplinary professionals involved in a patient’s care.


“Losing human touch,” she says, “was a game changer.”


Reflecting on difficulties over the last two years, Amir said palliative teams that were typically accustomed to visiting the patient at home had to resort to sending in a solo nurse, which made it more difficult for patients to build therapeutic relationships with other professionals situated to help them.


“People had to learn on the go and improvise,” she said, pointing towards Zoom calls and phone conversations that did not effectively replace the intimate nature of caring for someone in-person. “On the clinical team there weren’t any other options, so adapting was a necessity.”


Aside from the restriction barriers between patients and their palliative health-care workers, Amir said the same distance applied to family members, which made discussions about end-of-life goals or instructions regarding resuscitations or compressions all the more challenging to carry out.


“Often, I had to help patients talk to their families only through virtual measures,” she said, mentioning immunocompromised patients whose loved ones did not want to risk virus exposure.


This physical distance between families and dying loved ones was also witnessed by Dr. Hershl Berman, a palliative care physician who does home visits in Toronto. Recognizing that family is often an important value for those receiving end-of-life care, Berman encouraged patients to find new ways to connect with loved ones — even after they die.


“If you’re well enough, and you have grandchildren, write a letter for their wedding, or for the birth of their first child,” he said, reiterating what he tells patients. “Have someone who will hold onto those [letters] and give them at the right time. In that way, you’re building a legacy that remains with the person.”


Berman’s suggestion falls under a specific category of palliative care: “legacy therapy” — a branch of end-of-life treatment that hospice organizations throughout Canada are widely promoting.


Through therapy sessions and open dialogue about what patients want to leave behind after they die, legacy palliative care guides patients towards creating something tangible — like a memory box, or audio tape — that tells their story and immortalizes messages for loved ones.


One of the Canadian hospices that offers legacy palliative therapy is Heart House Hospice, an interdisciplinary organization that provides a wide range of end-of-life programs for terminally ill patients and their caregivers, deploying experts such as meditation coaches, art therapists and bereavement counselors.


Kitrina Fex, the executive director of Heart House Hospice, often emphasizes the importance of having programs like legacy therapy for dying patients, which extend beyond the borders of medical intervention.


“It’s always left to the consideration of what the patient wants,” she said, explaining the team’s process for designating resources to home hospices in Brampton and Mississauga, Ont.


Fex explained that patients are robbed of these meaningful, therapeutic treatments when open, transparent dialogue regarding end of life is neglected.


“The pandemic indicated the importance of us getting in well before end-of-life care begins.”


Hospices, she said, are not just about someone’s final days — they are an opportunity to bring comfort and meaning to an inevitable point in anyone’s life.


But when the patient is too close to the end of life, it can be more difficult to implement resources that align with their values on short notice — mostly because those values haven’t been adequately articulated sooner.


Fex and other end-of-life care experts see a lesson in this reality.


“We should be having those conversations at the time of diagnosis,” she said.