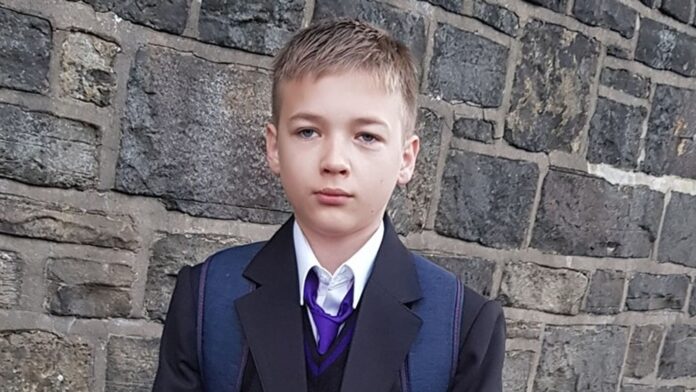 A mother accused of torturing her son to death broke down in tears as she told jurors she “should have died instead”.

Sebastian Kalinowski, 15, died after weeks of “cruel assaults and abuse” at the hands of Agnieszka Kalinowska and stepfather, Andrzej Latoszewski, both 36, prosecutors claim.

The teenager was subjected to a campaign of torture including being beaten with a bed slat, whipped with an extension cable, stabbed with a needle and forced to complete “humiliating” exercise drills, Leeds Crown Court heard.

CCTV footage showed Latoszewski taking Sebastian out of his bedroom at 8.25am on the day he died, 13 August 2021, before carrying him back 15 minutes later, “naked, clearly wet and unconscious” and attempting to resuscitate him.

The emergency services were called after he had been unconscious for around two and a half hours, the court heard.

He succumbed to an infection caused by “untreated complications of multiple rib fractures”.

Sebastian moved from Poland to live with his mother in the UK less than a year before he died.

Footage seized from the family home in Huddersfield, West Yorkshire, showed the boy being attacked most severely by Latoszewski but his mother was “involved at various times”, jurors heard.

Both Kalinowska and Latoszewski deny murder.

Latoszewski, admitted manslaughter on the second day of the trial, while both defendants pleaded guilty to child cruelty a day later.

Kalinowska also denies causing or allowing the death of a child.

Prosecutors claim both acted together to inflict fatal injuries.

But giving evidence, Kalinowska claimed she was “petrified and scared” of her partner and described their relationship as “controlling”.

Speaking via a Polish interpreter, she said she was cruel to her son “because I listened to Andrzej’s words”.

Under questioning by her barrister, Leonard Smith QC, Kalinowska said: “He was just an ordinary teenager. I failed as a mother.

“I should have died instead of him,” she said, adding that he was a “good child”.

When asked by Mr Smith if she ever thought “this has gone too far, I have to save my child?” Kalinowska appeared tearful as she responded, “no”.

Kalinowska gave birth to Sebastian when she was 19, the court heard.

He stayed with her until he was four before she moved to the UK and he went to live with his father.

She met Latoszewski through friends and he offered her a “better life in the UK”.

But two years into their relationship he started controlling her and beating her up, jurors heard.

He told the court: “I swear to God I never wanted (Sebastian) to come to any serious harm and I didn’t want him to die.”

Geronimo’s proprietor says she has ‘new hope’ alpaca can be saved...

From paper cuts to diarrhoea: Some of the ridiculous reasons people...