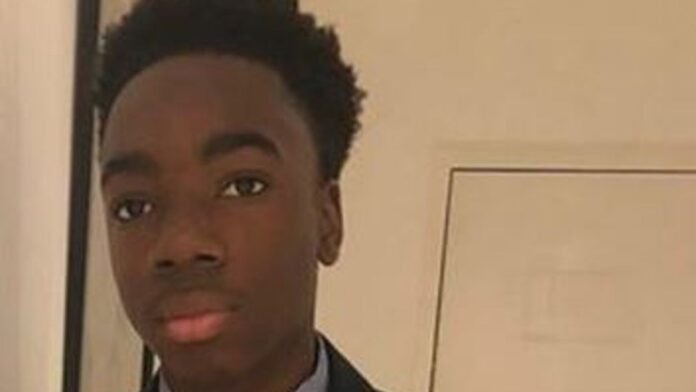 London’s Metropolitan Police has apologised to the family of a teenager found dead in a lake after an investigation found multiple failings in how the case was handled.

Richard Okorogheye’s body was recovered from Epping Forest in April last year, nearly a fortnight after his mother reported him missing from his west London home.

The circumstances leading up to his death about 20 miles away are still unclear but a post-mortem found no evidence of physical trauma or assault.

The Independent Office for Police Conduct (IOPC) has now concluded that the performance of three police officers and three call handlers was below standard.

However, the IOPC said the failings didn’t meet the threshold for disciplinary action – despite last year serving misconduct notices on two of those involved.

The 19-year-old university student was shielding during the pandemic and was first reported missing on 23 March 2021.

His mother, Evidence Joel, has said she believes racism was at the root of why the case was handled poorly.

She said she was told words to the effect of: “If you can’t find your son, how do you expect us to?”, according to the IOPC.

Failings detailed by the investigation include:

One officer also made a comment “which could be considered unprofessional, and which Ms Joel perceived as racist, at a time when she was clearly distressed”, said IOPC regional director Sal Naseem.

However, the IOPC could not conclude the comment – or the overall police response – was influenced by racial bias.

It said the evidence “did not indicate that any delay in upgrading Richard’s risk level was due to his or Ms Joel’s race or that enquiries were progressed less timely than in other similar missing person cases we compared it with”.

But it added: “This does not in any way undermine Ms Joel’s experience of this call and perception of racial discrimination.”

Mr Naseem added: “Clearly there were deficiencies in the way the MPS [Metropolitan Police] responded and we welcome their decision to apologise to Richard’s family, following our recommendation to do so.

“As part of our investigation, we have identified potential improvements in the handling of missing person reports, including better support for people facing a similar situation to Ms Joel. We will now be raising this with the MPS.”

Deputy Assistant Commissioner Javid accepted the IOPC findings and said it was clear its service in the case was “not at a level the public would expect of us”.

“We will address these issues directly with the officers and staff involved through additional enhanced training,” he said.

“We recognise how worrying it must be to not know where a loved one is, and we are challenging ourselves to do better at responding when someone does report a missing person.

“To help us improve, we are working with partners such as the charity Missing People to understand and learn from the experiences of different communities across London.

“We are also introducing a new way to assess all the missing person reports we receive every day.”

The case follows the high-profile failure of London’s police service in dealing with the investigation into murdered sisters Bibaa Henry and Nicole Smallman.