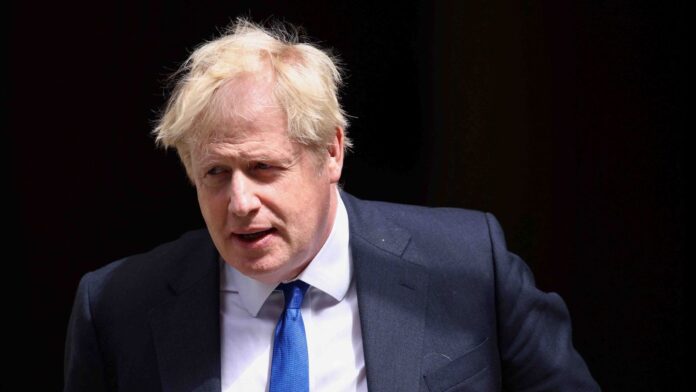 Cabinet ministers, including the new Chancellor Nadhim Zahawi, have headed into Number 10 to tell Boris Johnson to resign.

Sky News’ deputy political editor Sam Coates understands they will deliver the “final ultimatum” to Mr Johnson, saying “you go or we do”.

International Trade Secretary Anne Marie Trevelyan was also seen entering No 10, and our political editor Beth Rigby says she has been told Home Secretary Priti Patel is inside as well.

Business Secretary Kwasi Kwarteng and Northern Ireland Secretary Brandon Lewis are also understood to be supporting the delegation, but are not in London to join their cabinet colleagues.

Mr Johnson has yet to arrive back in Downing Street after giving evidence to the Liaison Committee over in the House of Commons, insisting to its members that he will stay in power as it was not “responsible just to walk away”.

But resignations from his government have now hit 36 and several MPs have been publicly tweeting their calls for his departure.

One of the latest to join them is Isle of Wight MP Bob Seely, who said “important debates and important issues… are being drowned out by the incessant noise from Downing Street”.

Meanwhile, the executive of the Tory backbench 1922 Committee has been meeting to discuss whether to change the rules to allow a fresh confidence vote in the prime minister to take place.

The influential group decided it would hold elections for a new executive on Monday, and they could decide on any rule change the very same night.

Resignations from Mr Johnson’s government began on Tuesday after Downing Street admitted he had known about allegations of inappropriate behaviour by disgraced MP Chris Pincher in 2019 before hiring him as deputy chief whip in February.

COVID-19: Avoiding crowds and improving hygiene – How the UK’s attitude...