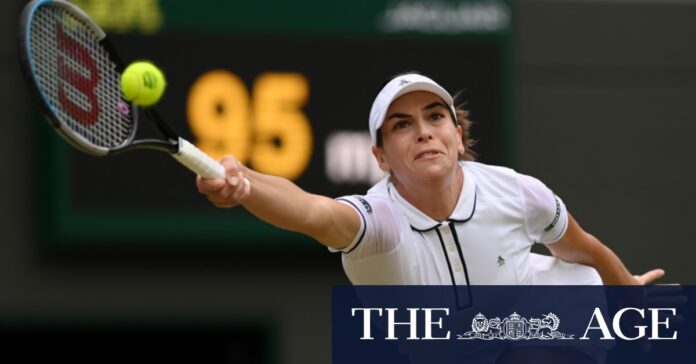 London: The Wimbledon run of Ajla Tomljanovic has ended in the quarter-finals, with the Australian falling to Elena Rybakina in a tough three-setter where the momentum swung noticeably in the second set.

It’s back-to-back final eight finishes at Wimbledon for Tomljanovic, 29, who will be disappointed by this defeat after she began the match on court one with all her weapons on show.

Next up in London, Australia’s Nick Kyrgios will strive to reach the semi-finals. He faces Chile’s Cristian Garin in the quarter-finals.

Miers returns to spice up Cats’ ahead line

Stephen Page’s legacy is an epic piece of storytelling