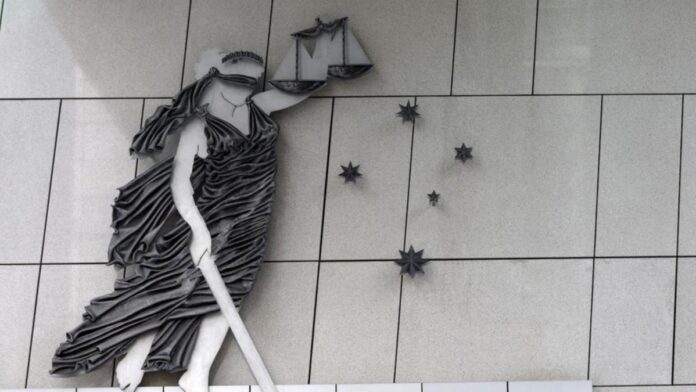 A Victorian woman who crashed a car after smoking cannabis, killing her sister and brother-in-law and seriously injuring her young daughter, will not serve any jail time.

Hendy had smoked four bongs of cannabis with her 23-year-old sister Eloise Rigby and her sister’s 39-year-old partner Adam Boland that morning.

The County Court was told Hendy did not intend to drive back to her Katunga home that day but Mr Boland asked her to.

The trio and Hendy’s four-year-old daughter were travelling north along the Goulburn Valley Highway when a hail storm started.

Hendy tried to brake but lost traction and over-corrected, swerving into the opposite lane of traffic and colliding with a van.

Ms Rigby and Mr Boland were killed in the crash, while Hendy’s four-year-old daughter was seriously injured and needed to be resuscitated at the scene.

The young girl spent more than three months in hospital to treat fractures to her skull and pelvis, as well as an acquired brain injury.

Experts determined one of the Holden’s rear tyres was in extremely poor condition and could have contributed to the loss of traction on the wet road.

While Hendy did have a high level of cannabis in her system, the prosecution noted it was hard to say whether the drugs contributed to the crash.

In the two years since the fatal collision, Hendy’s daughter has developed a separation anxiety disorder which means she can’t be away from her mother.

In her sentencing remarks on Thursday, the judge noted Hendy’s daughter’s physical and mental health would deteriorate if she was separated from her mother.

Hendy also had no prior convictions and was clearly remorseful for the deaths of her sister and sister’s partner, Judge Gaynor said.

“I agree that this is one of those rare cases,” the judge said.

Hendy was sentenced to a four-year community corrections order with 400 hours of unpaid community work.

The 31-year-old was also instructed to complete treatment for mental health and drug use.