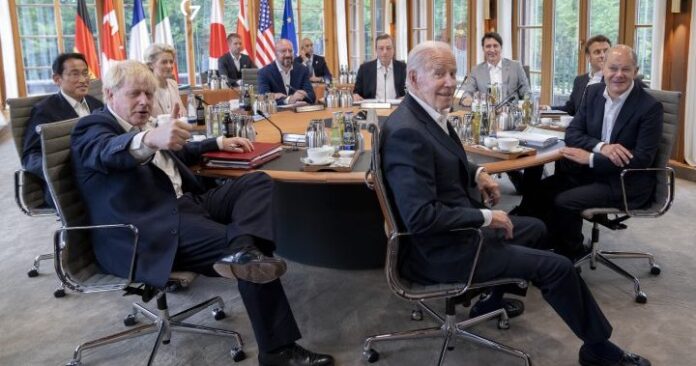 Group of Seven leaders announced they will phase out or ban the import of Russian coal and oil in response to that country’s war with Ukraine and the ensuing energy crisis sparked by the invasion.

The conflict has squeezed energy markets in Europe and the security of the supply around the world.

In their final communique for the G7 summit in southern Germany today, the leaders say they are working to make sure Russia does not exploit its position as an energy producer to profit from its aggression at the expense of vulnerable countries.

They’ve promised immediate action to counter the rising cost of oil, but say they will not compromise their climate goals.

The leaders have also agreed to intensify their efforts to mitigate rising food prices and scarcity, which have been exacerbated as a result of Russia’s war in Ukraine.

They plan to expand their resettlement programs to accommodate the millions of Ukrainian refugees who have been displaced by the conflict.