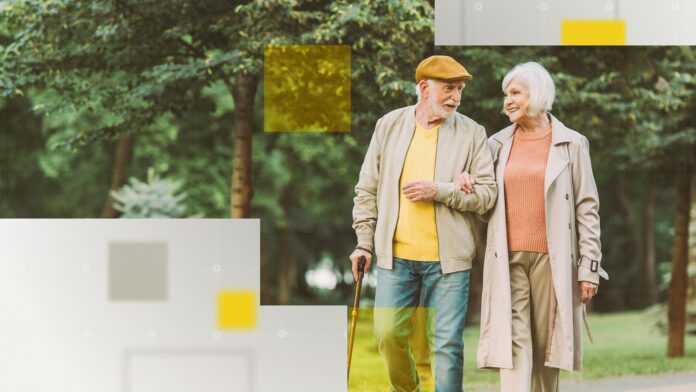 The older population has increased in more than eight in 10 local areas in England and Wales over the past 40 years, Sky News analysis of census data has found.

Data released by the Office for National Statistics (ONS) also show that the average proportion of over-65s has increased by 3.6 percentage points in the last 40 years.

However, the proportion of young adults across England and Wales has fallen by 5% since 1981.

See how your area has changed with the tool below:

Every 10 years, the census is conducted by the ONS in England and Wales. Scotland and Northern Ireland release their data separately.

It has evolved over time to keep up with changes in society but the ONS says it still allows for historical comparisons of the broad trends in population.

It provides the most accurate estimate of all the people and households in the country.

Professor Jane Falkingham, director of the Centre for Population Change at the University of Southampton, said “The census is really important for all local authorities.

“Partly so they can plan their services, but also because central government funding is based on the census and the age and sex structure of the population.

“If it’s wrong, and you’ve got a whole load of people living in your area that haven’t been counted, you’re not going to get the central government grants at the right level for you.”

The 2021 census was taken at a time when coronavirus restrictions were still in place across the UK. But the ONS says it’s taken quality control measures to account for the changes in living situations across the country.

“During the census period, the ONS makes local population estimates based on other measures and then tries to look for areas where there’s a big variance compared to what they would have expected,” explained Prof Falkingham.

“There are only four of these places where the population was much smaller than they expected – Westminster is one of them.

“It is the case that people who have second homes may have filled in the census from where they are. There is a question on second homes but it’s on another page so it depends on how exhausted people are from filling in the first page of the form.

“But generally speaking it’s pretty high quality and the data most probably does reflect that people in those areas of central London have been moving to the outskirts and further afield.”

Tuesday’s data is the first of multiple tranches of census data that are set to be released over the next two years.

Separate data for Northern Ireland shows a 5% increase in population to a record 1.9 million in 2021. Scotland’s census will not be published until next year.

The Data and Forensics team is a multi-skilled unit dedicated to providing transparent journalism from Sky News. We gather, analyse and visualise data to tell data-driven stories. We combine traditional reporting skills with advanced analysis of satellite images, social media and other open source information. Through multimedia storytelling we aim to better explain the world while also showing how our journalism is done.

Labour calls for justice secretary repair rape prosecutions in a 12...