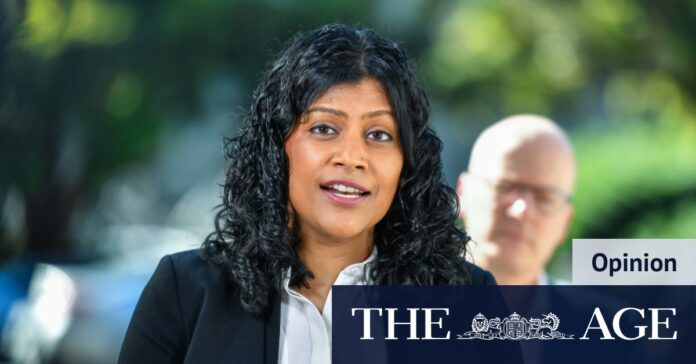 I have been a member of the Greens since 2010, but the recent, ugly episode that saw me ousted as Victorian state convenor raises real concerns about the future for a party that claims to champion democracy.

The Greens fight for things I believe in: social justice, economic redistribution, peace, and trying to save our planet from environmental catastrophe. As a feminist, anti-racist, education activist, trade unionist and environmentalist, of course I became active in the Greens, just as I have been active all my life in many community and campaign groups.

On June 11, I was elected as Victorian state convenor in a democratic vote of more than 900 Greens members. I was keen to support the work of the party as we moved from our most successful ever federal election towards the Victorian state election in November.

Two days later, all hell broke loose. A Greens local government councillor, Port Phillip deputy mayor Tim Baxter, posted on social media that my election “sends a clear message [that] trans people are not safe in this party.” Baxter’s post was liked and shared. A lot. His offensive and slanderous allegations that I hold transphobic views, that I use institutional power to crush dissent, that I promote bigoted and hateful ideas, were repeated and amplified on Twitter.

I was decried as “transphobic” because in 2019, I co-authored an internal discussion paper in response to a proposal published by other Greens members titled “Trans Exclusionary Rhetoric”, which sought to ban debate around issues of sex and gender.

I asked whether there were potential complexities about the rights of non-trans women – in sport, in intimate medical procedures, in domestic violence shelters, in hospital wards and prisons – and if so, how should the party address them. A political party that aspires to legislate must be mature enough to deal with such complexities.

As the social media storm blew up around me, to my shock and dismay, instead of calming matters down by reassuring trans members about the Greens’ well-established support and advocacy for LGBTIQA+ rights, the party’s parliamentarians decided to pour petrol on the fire. Led by Senator Janet Rice, MPs and local councillors including Tim Read, Sam Hibbins and Lidia Thorpe used social media to declare that my tenure as convenor was untenable.

The attacks were personal and distressing, but there are much more important things at stake here than my feelings. Those attacks challenge whether members have the right to discuss complex and sensitive issues inside the party. And the overturning of my election is a disturbing move by a party that upholds grassroots democracy as a core principle.