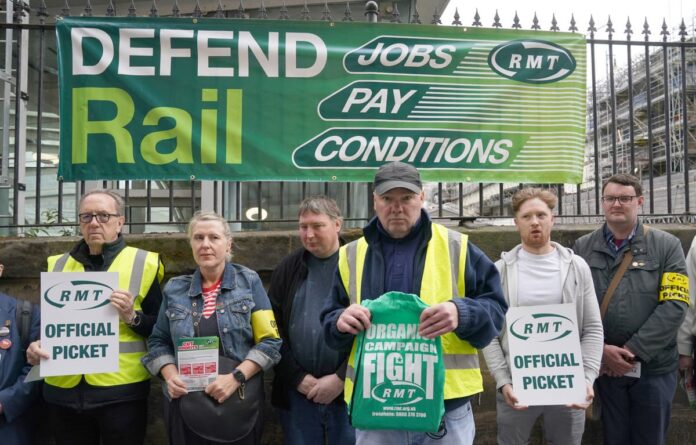 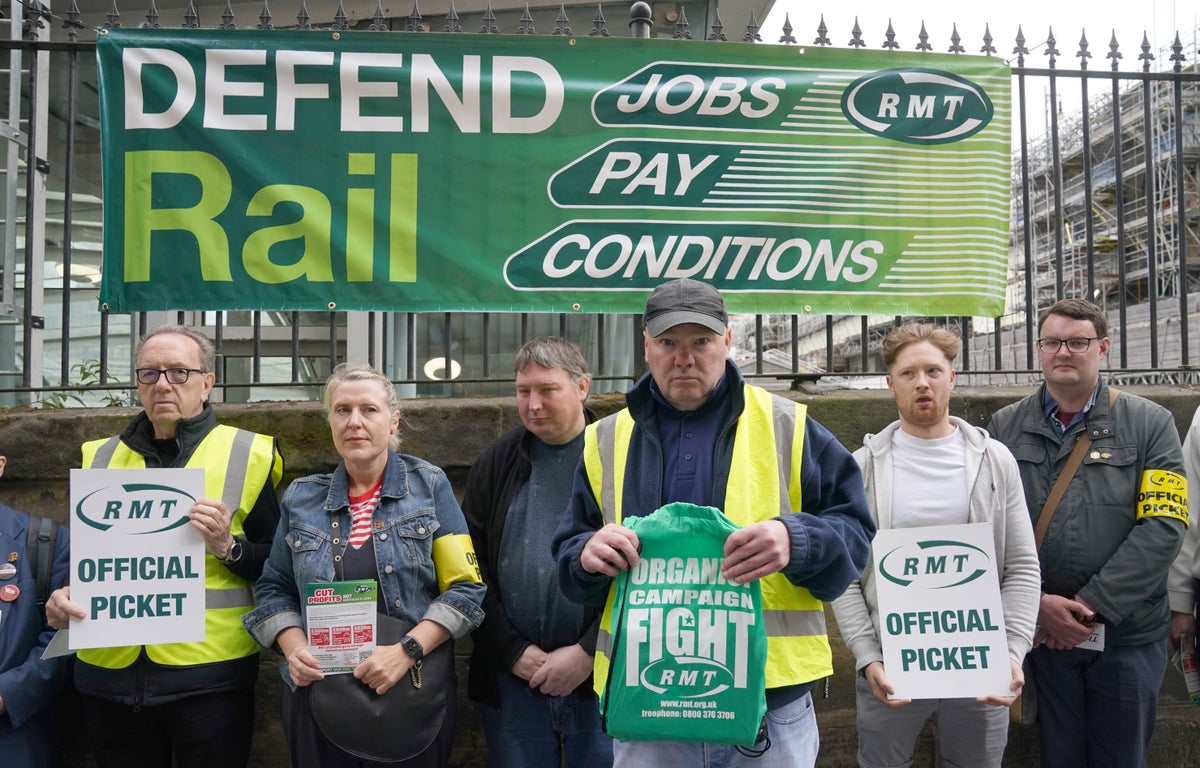 First Minister Nicola Sturgeon has told the UK Government to have “respect” for workers by resolving the train dispute that is “crippling” the UK.

Rail services have been drastically reduced across the country following a nationwide walkout amid bitter pay disputes between RMT union members and Network Rail.

Asked during First Minister’s Questions on Thursday whether she believes the UK Government’s reported proposals to replace strikers with agency staff is “inflaming” the issue, Ms Sturgeon said it is workers who are paying the price.

However the plans have been branded “shameful” by union bosses.

Ms Sturgeon said she understands the dangers of the dispute “escalating” if a resolution is not reached between rail employers and unions.

“The rail strike that is crippling the UK right now is not the result of a pay dispute with ScotRail. It is a dispute with Network Rail and with English train operating companies, therefore it is entirely a reserved matter.

“And the other thing I remember from a few weeks ago in this chamber when there was a potential for a ScotRail dispute, Tory MSPs getting up and demanding intervention from this Government to resolve it.

“So let me repeat the call today for the UK Government to start doing their job to get round the table to bring a resolution to this and to drop the anti-trade unionism and have some respect for workers across the economy.”

The second of three scheduled strikes is taking place on Thursday, with further industrial action expected on Saturday.

ScotRail has warned the disruption could continue until next week.

Earlier, Scottish transport minister Jenny Gilruth told MSPs that two meetings with the UK Government over the strikes this week had been cancelled.

“There were planned meetings that were scheduled to take place between the devolved administrations and the UK Government on Monday – those were cancelled at short notice,” she said.

“I was meant to meet with Wendy Morton, the rail minister, on Wednesday – that meeting was also cancelled at short notice.

“So I have to say, despite repeated representations between myself and (UK Transport Secretary) Grant Shapps, there has been limited consultation between the UK Government and this Government.

“That is deeply regrettable because at this moment in time, Network Rail remains reserved.”

Kevin Groves, head of media at Network Rail, told Times Radio Breakfast: “Negotiation is about give and take, and at the moment the RMT are just take, take, take.”

Dementia: English soccer to introduce heading steerage throughout all ranges for...