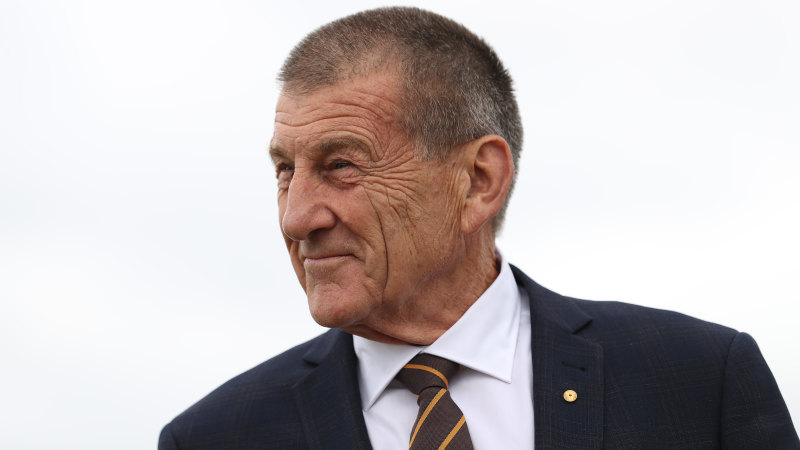 Gowers, along with a group of Hawthorn figures including premiership heroes Gary Ayres, Peter Schwab and James Morrissey, had endorsed the ‘Hawks For Change’ group’s support for Ian Silk to take over from Kennett. Silk, the former AustralianSuper boss, was elected onto the board in December.

As Nankivell pointed out, the members directly elect the president, not the majority of the board. Nankivell, a Hawthorn director since 2014, can still be opposed at a direct election at the AGM but this seldom happens. Under the terms, he can only be president for three years.

Nankivell said the club would draw up a new five-year strategic plan with an agenda item that includes the construction of the Kennedy Community Centre (the club’s new base in Dingley), their AFLW team and the Hawk’s future fund, which has been heavily boosted by the selling of pokies for tens of millions.

Hawks For Change had called for Kennett to leave midyear and renewed their push after premiership great Cyril Rioli and his wife Shannyn Ah Sam-Rioli made explosive claims about the treatment the player received at the club during his decorated career.

Kennett welcomed the announcement of Nankivell as his successor.

“It is wonderful when succession of an organisation can come from within,” Kennett said. “This will ensure that the momentum behind important initiatives on and off the field can be maintained and nurtured.

“Peter has a deep knowledge of the club and at this time has been found to be the most appropriate person to lead the club’s future development and activities.

“Importantly Peter has a value set that will continue to build our family club ethos.”

Keep up to date with the best AFL coverage in the country. Sign up for the Real Footy newsletter.