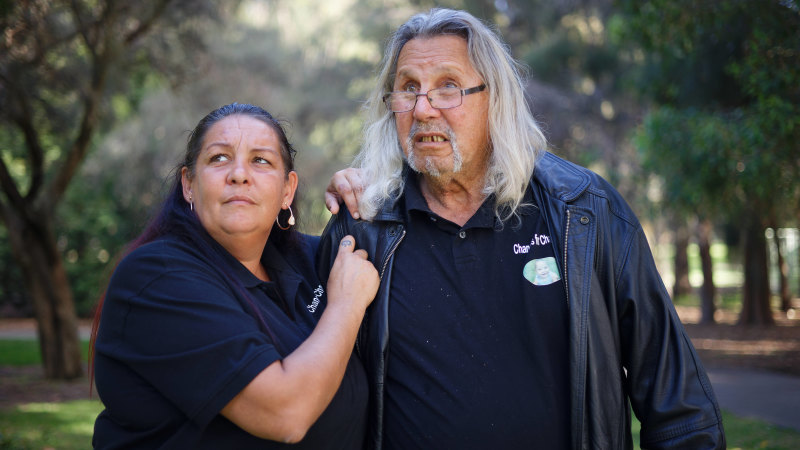 In sentencing her, Magistrate Stephen Sharratt said he considered assaulting a public officer a serious charge, but could not bring himself to jail Mullaley.

“If ever there was a time to be merciful, it’s this matter today,” he said.

Her father, Ted, was also charged on the night of the assault and later prosecuted and convicted.

A Corruption and Crime Commission report in 2016 laid bare Ted’s efforts to alert police that Bell had young Charlie, and his concerns the child would be hurt, but officers failed to act on his warnings. The same report, however, found no police misconduct.

A coroner investigated the death but did not hold an inquest.

Mullaley has carried the pain of that night in 2013 with her for almost a decade.

But on Wednesday, a step towards healing came with an official apology and pardon from the WA government.

WA Attorney-General John Quigley told parliament that Mullaley’s actions on the night she was arrested were unsurprising, given the violence she had endured, and she and her father had “endured the unthinkable”.

“Instead, the systems we thought we could rely on to support victims of crime failed and Tamica and Ted were dragged through the courts themselves.

“These pardons are a show of mercy, which for Tamica and Ted has been a long time coming.”

The father and daughter were in parliament to hear the apology and, outside, told reporters it meant a lot.

“I think they heard the real truth of what happened nine years ago,” Mullaley said.

“Sorry means a lot. It might not mean a lot to them as ministers but as an Aboriginal family and just a family and a mother, it does mean heaps.”

The whole family was still grieving Charlie’s loss, Ted said, but welcomed the apology and pardon from the government.

It was hoped the move would mark a shift in the way police engaged with Aboriginal people.

During the apology in parliament, Police Minister Paul Papalia said the force had taken steps to implement stronger cultural awareness and competence, and noted a commitment to growing the number of Aboriginal officers.

However, family lawyer and National Justice Project principal solicitor George Newhouse said there would be ongoing actions to hold police accountable for the response on the night of March 19, 2013.

“This is a great start for the family after nine years but there are still areas of the post-death investigation that the family are still extremely traumatised and upset about.”

Mullaley and her father began human rights proceedings against WA Police in the Federal Court in 2019, however the case was dismissed in 2020.

Family and Domestic Violence Minister Simone McGurk told parliament the incident was a reminder “that we all have a role to play in understanding, responding and preventing family and domestic violence”.

“Tamica and Ted, I would like to pay my respects to you and acknowledge the ongoing strength and courage of victim–survivors like yourselves,” she said.

“I also pay tribute to baby Charlie, whose tragic loss shall never be forgotten.

“Although we cannot change the past, I sincerely hope that today’s events can support you and your family’s healing journey.”

The Sydney Morning Herald is the country’s largest masthead