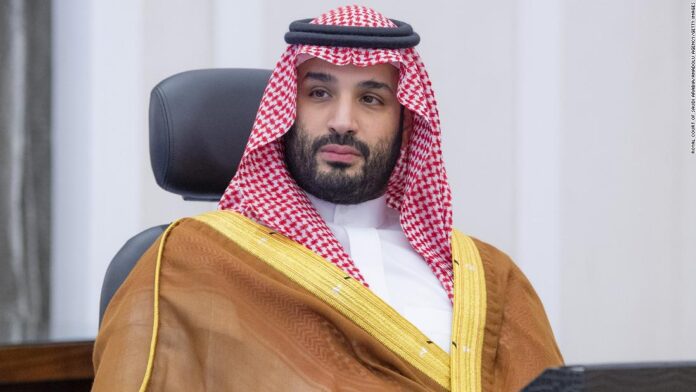 The visit began with a welcome ceremony, and will be followed by a one-on-one meeting between Turkish President Recep Tayyip Erdogan and the crown prince.

The trip comes as the West and wider Middle East seek to repair relations with the oil-rich kingdom, in a bid to alleviate financial strains prompted by the pandemic and sky-high energy prices sparked by Russia’s invasion of Ukraine. In April, Erdogan met the crown prince in the Saudi city of Jeddah, a visit that ended the years-long diplomatic standoff between the two countries.

The crown prince — known as MBS — is the de facto ruler of Saudi Arabia. A wave of crackdowns on Saudi dissidents, which culminated in Khashoggi’s murder by a 15-man hit squad, strained relations between Riyadh and multiple Western states and Turkey.

However, then-US President Donald Trump stood by MBS — who was a lynchpin of Trump’s Middle East policy — even as the CIA said they believed the crown prince approved the murder at the consulate.

According to Turkish official sources, a Saudi forensic expert equipped with a bone saw dismembered Khashoggi’s body after he was killed in the Istanbul consulate in October 2018. MBS denied involvement in the murder, which captured international headlines with lurid details of the killing.

Erdogan spoke out strongly against the murder, launching a probe into the killing, and diplomatic relations between the two countries broke down.

But a plummeting Turkish lira and inflation of more than 70% appear to have forced the Turkish President to change tack. For months, Ankara has made overtures to Riyadh — as well as Saudi’s closest Gulf ally, Abu Dhabi — to mend relations, including ending Khashoggi’s murder trial in April and transferring the case to Riyadh.

Rights groups have condemned the move, arguing it would kill off the case. Khashoggi’s fiancée, Hatice Cengiz, an outspoken advocate for justice for the slain Saudi critic, said her legal team would appeal the decision.

“The fact that he came to our country does not change the fact that he is responsible for murder,” Cengiz tweeted on Wednesday, referring to MBS’ visit.

During his US presidential campaign, Joe Biden vowed to turn MBS into a “pariah” over his rights record. As President, Biden has declined to communicate directly with the powerful prince, opting instead to speak to his official counterpart — the ailing King Salman.

But soaring fuel prices in recent weeks sparked a U-turn in Biden’s Saudi policy. Tense diplomatic relations drastically reduced US leverage in pushing Riyadh to pump more oil, until Biden ramped up diplomatic efforts and scheduled a first official visit to the kingdom, which is expected to happen in July. He is expected to meet MBS during the visit.

Ros Benson went from Simply The Best to looking after the...

Netanyahu: I provided Bennett a rotation as prime minister