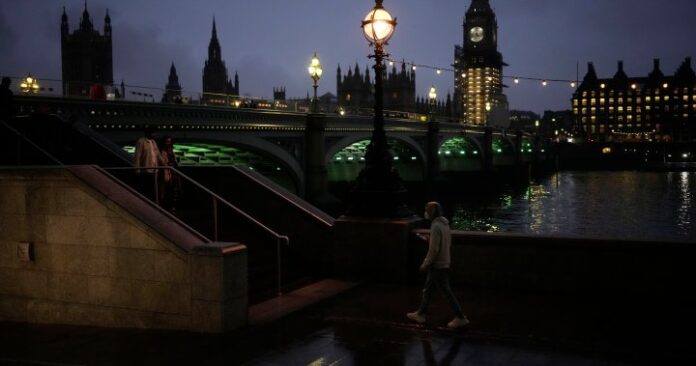 Polio has been detected in sewage samples in the British capital — the first sign since the 1980s that the virus could be spreading in the country, but no cases have been found, authorities said.

The risk of infection from the disease, which causes paralysis in children in under one per cent of cases, was also low because of high vaccination rates, the UK Health Security Agency (UKHSA) said.

The agency nevertheless encouraged parents to make sure their children were vaccinated after the discovery of the virus during routine wastewater surveillance – particularly those who may have missed shots during the COVID-19 pandemic.

Nationwide vaccination levels are above the 90 per cent needed to prevent outbreaks, but London’s coverage rates among the under-twos has dipped below that in recent years.

The National Health Service in the city will begin contacting parents of children under five who are not immunized.

Polio, spread mainly through contamination by fecal matter, used to kill and paralyze thousands of children annually worldwide. There is no cure, but vaccination brought the world close to ending the wild, or naturally occurring, form of the disease.

UKHSA said it usually finds between one and three samples of poliovirus in sewage annually, but they have previously been one-offs. This year, one sample was found in February at the Beckton Treatment Works in east London, and there has also been ongoing detection at the same plant, which serves around four million people, since April.

In the past, UKHSA said the detections occurred when an individual vaccinated overseas with the live oral polio vaccine returned or travelled to the country, and briefly shed the virus in their feces.

They believe this is also what happened this time, with the key difference being that the virus has also probably spread between closely linked people and evolved into what is known as “vaccine-derived poliovirus,” which can cause disease.

Investigations into community transmission were ongoing, the agency said.

While this kind of event is effectively unheard of in Britain, vaccine-derived poliovirus is a known, albeit rare, threat globally in countries with low immunization coverage. It can cause outbreaks, and Ukraine and Israel recently reported cases.

Outbreaks are more common in countries including Nigeria and Yemen.

The last polio case in the UK was in 1984, and “wild” polio is now only found in Afghanistan and Pakistan, with imported outbreaks reported in Malawi and Mozambique in 2022.

The World Health Organization’s Director-General, Tedros Adhanom Ghebreyesus, said that the agency was working with the UK on the response.

“Surveillance, vaccination and investment to end polio is critical,” he tweeted.

Pair of gunmen kill two people in Israel on the eve...