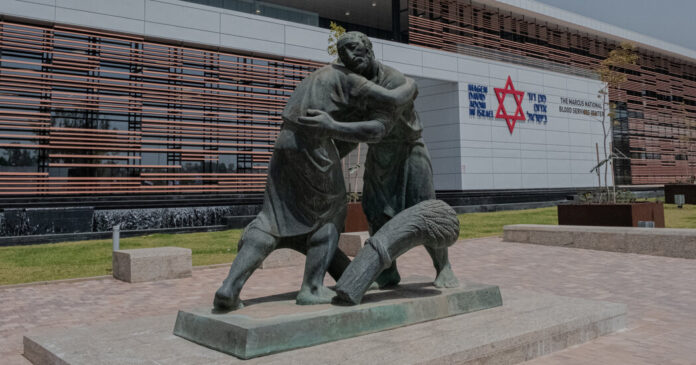 RAMLA, Israel — When the sirens warning of incoming rockets split the skies, Israel’s national blood bank moves into high alert to keep the nation’s blood supply safe. The heavy machinery for blood processing, plasma freezers and centrifuges are transferred to a basement bomb shelter, a cumbersome operation that takes 10 to 12 hours.

That is about to change.

By the end of the year, the blood bank will be relocated to a bright, state-of-the-art subterranean facility built to withstand chemical, biological and conventional weapons, including a direct hit from a large missile, as well as earthquakes and cyberattacks.

With war in Europe underscoring the vulnerability of hospitals and other essential facilities, the new, nearly completed, $135 million facility is being described by officials as the world’s most protected known blood bank.

“It will save the lives of our loved ones, our frontline workers and our soldiers in times of routine emergencies and conflict,” Benny Gantz, Israel’s defense minister, said at the building’s dedication ceremony, “and it will serve as a model to the world.”

Since the late 1980s, the central blood bank has been housed in a stately but increasingly impractical facility on the campus of the Sheba Medical Center in a Tel Aviv suburb. Its glass walls and panoramic windows flood the building with light.

But in recent years, as the Tel Aviv area has increasingly become a target of rocket attacks, the building has been judged unsafe.

“We had 2006, 2008, 2014, etc., etc.,” said Prof. Eilat Shinar, the blood services director for Magen David Adom, the Israeli emergency service responsible for the national blood reserves, ticking off a decade and a half of conflicts in Lebanon and Gaza.

During Israel’s deadly conflict with militant groups in Gaza in 2014, scores of technicians were cloistered in the cramped, underground quarters for 52 days to ensure a steady blood supply for both the country’s civilian hospitals and its military.

In addition, Israel sits on two seismic faults that in the event of a major earthquake would leave only the lobby of the existing center intact.

The new facility — the Marcus National Blood Services Center, named for the American philanthropists Bernard Marcus, the co-founder of Home Depot, and his wife, Billi, who donated $35 million to the project — is in Ramla, a central city at the juncture of several of the country’s main highways, close to Ben-Gurion International Airport and the headquarters of the military’s Home Front command.

The operation will move in phases from the old facility to the new one in the coming months. The new center has three floors above ground and three below, with the processing lab, engine rooms, electrical generators and the blood vault all underground.

The vault, 50 feet down, is cocooned in concrete and steel, and has a separate air supply and filtering system. Moshe Noyovich, the engineer overseeing the project, said the inventory of blood components stored in the vault should suffice for four or five days of war.

The main generator room sits behind another set of massive blast doors, one of about 80 blast doors in the new building, some with airlocks and safety chambers between them.

Israel’s population has grown since the late 1980s from about 4.3 million to over 9 million. The new facility will be able to process double the amount of blood, a capacity that is expected to suffice for at least the next 30 years.

The building’s planners are counting on the facility’s tons of concrete and reinforced steel to protect the nation’s blood supply in the event of war. But for good measure, they also attached a small, plastic-cased mezuza to the door post leading to the vault.