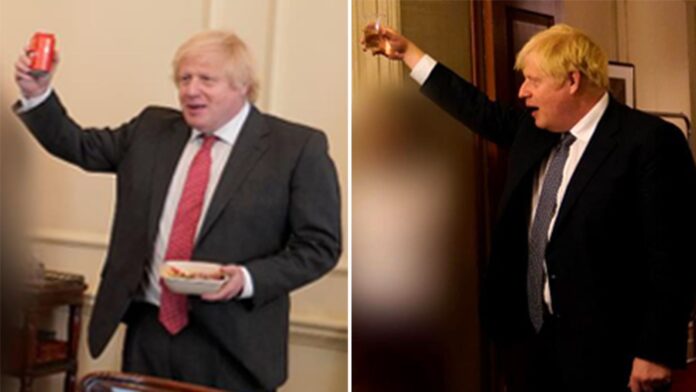 Details of drunkenness, fighting and late night parties at the heart of government have been laid bare in a damning report by Sue Gray – who said “senior leadership” must bear responsibility.

The long-awaited report, which also details karaoke, wine spillages, aides being sick and others being rude to security staff and cleaners, reveals behaviour in Downing Street during 2020 and 2021 at times when COVID-19 restrictions were in place across the country.

Some of the events were attended by Prime Minister Boris Johnson – who apologised again to parliament over the partygate scandal after the findings were published but said he knew nothing about events going on longer after he had briefly attended and was “appalled” when he later learned of them.

Ms Gray’s report sums up her findings on 16 events in 2020 and 2021, including that:
• A large number of people attended events and breached COVID guidelines
• Staff felt unable to raise concerns about behaviour
• Excessive alcohol consumption was reported, one person was sick and there was a fight
• Drunkenness was reported and staff were told to leave via the back door
• Senior leadership – political and official – must bear responsibility for the culture
• Those in most junior positions attended gatherings at which their seniors were present, or had organised
• There were “multiple examples” of a lack of respect and poor treatment of security and cleaning staff

The report included pictures of the PM holding drinks and detailed how staff had enjoyed gatherings from quizzes, leaving dos, “wine-time Fridays”, a “bring your own booze” event and a cheese and wine evening.

Sue Gray concluded that many of them should not have been allowed to happen and that “some of the more junior civil servants believed that their involvement in some of these events was permitted given the attendance of senior leaders”.

“The senior leadership at the centre, both political and official, must bear responsibility for this culture,” she said.

Ms Gray said that she was disappointed that the existence of some of the events only reached her through media reports – suggesting that given the “piecemeal” way she found out about them there may have been more that she had not looked into.

Labour leader Sir Keir Starmer said the report “will stand as a monument to the hubris and arrogance of the government that believes it was one rule for them and another for everyone else”.

Cabinet ministers including foreign secretary Liz Truss and justice secretary Dominic Raab lined up to offer him their backing.

Among the events that were looked at by Ms Gray’s inquiry was a “socially distanced drinks” gathering in the Number 10 garden on 20 May 2020 held even though “some concerns were expressed about whether it was appropriate to hold the event”.

An email invitation was sent by Martin Reynolds to around 200 Downing Street staff by Boris Johnson’s principal private secretary telling people to “bring your own booze”.

The report found Lee Cain, the PM’s then-head of communications warned that the party would be a “comms risk”.

A special adviser told Mr Reynolds that it would be “helpful” if people avoided “walking around with bottles of wine” ahead of the party as it was taking place after a press conference.

After the event, Mr Reynolds is found to have sent a message saying: “Best of luck – a complete non story but better than them focusing on our drinks (which we seem to have got away with).”

At another gathering on 18 June 2020 – featuring a karaoke machine, pizza and prosecco – Ms Gray found that an “excessive amount of alcohol” was consumed and that “one individual was sick” and there was a “minor altercation between two other individuals”.

Ms Gray said her probe into an evening gathering in the Downing Street flat on 13 November, to which five special advisers were invited and in which food and alcohol were available, was curtailed when the Met police launched its investigation – and she decided not to resume it afterwards.

That event followed the announcement that senior adviser Dominic Cummings as well as Lee Cain – and was widely reported to have turned into a party with Abba being played.

A Christmas quiz event on 15 December 2020 featured some staff drinking alcohol – and a message on an internal Number 10 system referred to “drunkenness” while advising staff to leave via the back door “to avoid staff being photographed by the press outside”.

At a pre-Christmas event on 18 December involving the Downing Street press office – featuring a “secret Santa” gift event, a quiz and an award ceremony, a panic alarm button was accidentally triggered by a member of staff – which was responded to by police and security staff.

A cleaner noticed the next morning that red wine had been spilled on a wall and on boxes of photocopier paper.

On 16 April 2021, the eve of the Duke of Edinburgh’s funeral, when there were two separate leaving events in Number 10, with one featuring music played from a laptop on top of a printer, Ms Gray found that some people drank “excessively”.

The two groups ended up in the Downing Street garden, where more than 20 were gathered just before 9.30pm with a number of bottles of alcohol, the report said.

Some gathered “near a child’s swing/slide in the garden, damaging it by leaning on and playing with it”.

A number carried on drinking until the early hours with the last member of staff leaving at 4.20am.

The prime minister told the House of Commons that he had truly believed when he issued an early update on the scandal that rules had been followed.

He said: “I am humbled and I have learnt a lesson.”

There was mocking laughter in the chamber when the PM – who has resisted calls to quit over the affair said “the entire senior management has changed”.

Labour leader Sir Keir Starmer told the PM it was “time to pack his bags” and that the Tories had “set the bar for his conduct lower than a snake’s belly”.

The PM did not deny the claim explicitly, simply saying it was “a wholly independent report”.

Some backbench Tories were among the fiercest in condemning Mr Johnson.

Tobias Ellwood, a long-time critic, asked the prime minister: “Can he think of any other prime minister who’d have allowed such a culture of indiscipline to take place under their watch and if it did would they not have resigned?”

The highly-anticipated publication of the full report from Ms Gray comes after police last week said they had concluded their investigation into lockdown-breaking events in Downing Street and Whitehall, which resulted in 126 fines being issued for 83 people.

Mr Johnson has already apologised after receiving one fine for attending a gathering in Downing Street to mark his birthday in June 2020 – and questions have been raised about why he did not receive penalties relating to other occasions.

An interim version of Ms Gray’s report was published earlier this year, which criticised “failures of leadership and judgment”.

But its contents were limited because the Met Police had asked for minimal reference to be made to some of the alleged gatherings, which were being investigated by detectives at the time.

Now that the police and Sue Gray inquiries have concluded, the PM faces a further probe by a Commons committee over claims he misled parliament.

COVID-19: Despite the end of free testing, the virus is stronger...