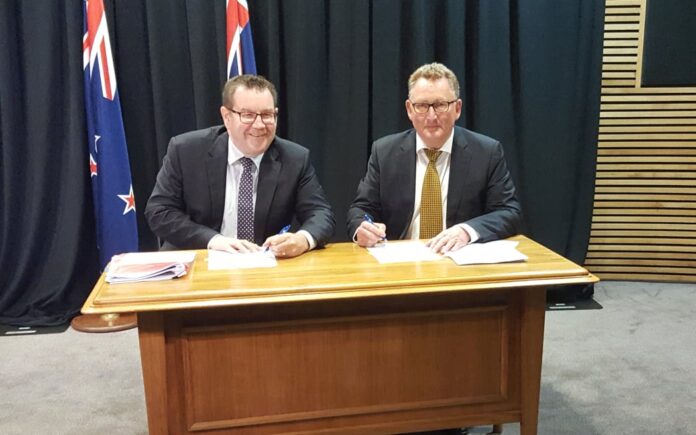 The government’s $350 cost-of-living bonus announced last week in Budget 22 was taken away today with the Central Bank’s cash rate rise, according the Kiwi Bank’s chief economist.

The Reserve Bank raised the official cash rate half a percent to a six-year high of 2 percent in a bid to reel in out-of-control inflation, which is at a 30-year high.

The Reserve Bank has also signalled it will maintain its approach of ” briskly” lifting the OCR.

Kerr said the announcement would throw a lot more heat on the fire of the cost-of-living crisis, not just with the decision today, but with the stated intentions of raising the official cash rate to 4 percent by the end of the year.

However, Kerr said the steep increase was unnecessary as people were already grappling with the cost of living. He said he feared for those with mortgages going forward.

Today’s announcement would have an effect on house prices, making prices drop further than expected.

“There’s a good chance they’ll fall closer to 15 percent on the back of this now. The Reserve Bank really does have their foot on the back of the housing market and wants to push it down to what it believes are more sustainable levels.”

Interest rates were presently at around 5 or 6 percent, and he expected it to be at between 6 and 7 percent by the time those cash rate increases rises kick in. Anyone who hadn’t fixed their mortgages would suffer, he said.

“There’s about 15 percent of people on floating rates, so they get hit straight away and then over the next year 60 percent of New Zealand’s mortgage book rolls over on to new rates and all those rates will be higher than what they were initially put on for.

The economist wasn’t too concerned about the consequences of the bank’s move in the immediate term, but next year even the bank’s processes of stressing testing potential mortgage customers would be put to the test, he said.

“It’s going to squeeze the household budget a little bit more. We do have test rates. So we you come into bank and say ‘I want a mortgage’ we say ‘well, we’re going to test you at six-and-a-half to seven percent, so if you can handle that level than we’ll give you money to that amount.

“And so people who are currently getting mortgages at 5 percent, are still below that, but that test rate will be tested itself in the next year. So that’s when I’m more concerned that in a year’s time we’re going to wake up with people hitting the test rates.”

The Central Bank’s policies risked a recession, Kerr cautioned, and said we were entering precarious times.

“The risk of a recession certainly increases the more we tighten policy. It will be interesting where we wake up in a year’s time. If the consumer has managed to hold on, if the labour market is still strong and wages are rising, then we could be in a situation where we have a soft landing. But we’re only a few hick-ups away from a recession with the rate at which mortgage rates are rising.”

Minister of Finance Grant Robertson acknowledged an increase in the Official Cash Rate would put more pressure on mortgage holders, but he expressed confidence that the economy as a whole would hold up.