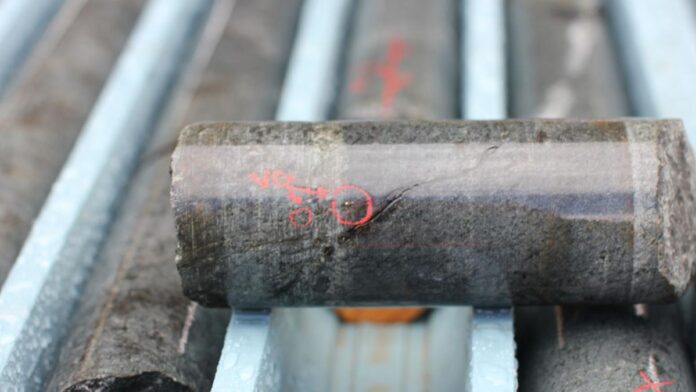 Maximus Resources says results from combined diamond and reverse-circulation drilling at its Redback deposit show the potential for the site to be developed into a high-grade gold mine near Kambalda in WA’s Goldfields.

The Redback deposit and Golden Orb prospect form part of the company’s Wattle Dam project near Kambalda in WA’s Goldfields.

The second phase of drilling at Redback confirmed mineralisation continuity from surface to 270m vertical depth.

Significant intercepts occurred going 6m at 4.7 grams per tonne from 127m including 3m at 8.2 g/t.

The completed drill program will support a mineral resource estimate update at Redback with a focus on development options for the Wattle Dam project.

The completed Redback RC and Diamond Drill resource program continues to return wide, high-grade gold domains, demonstrating the near-term potential for Redback to be developed into another high-grade gold mine in the Wattle Dam Project area. These results also include further Western Contact mineralisation, confirming Redback is open at depth and along strike.

A planned RC campaign in the coming month aims to test gaps in drilling 40m below surface south of Wattle Dam.

With the new result at Golden Orb, drilling is planned to further test the potential of a discrete high-grade shoot located 200m west of the Redback resource.

The historic Wattle Dam gold mine delivered over 266,000 ounces at a very impressive 10.6 grams per tonne gold to former owner Ramelius Resources before it left the site in 2012.

Maximus is aiming to build value by increasing gold resources across the Wattle Dam project area, leveraging from the existing mine infrastructure at its namesake gold mine and potential toll treating at several processing plants within a 100km radius.

Pandemic pricing is over. Manhattan real estate prices were near record...

Where are the users? Why Facebook’s stock is imploding

Barbie may be banned for Christmas as Perth faces heatwave