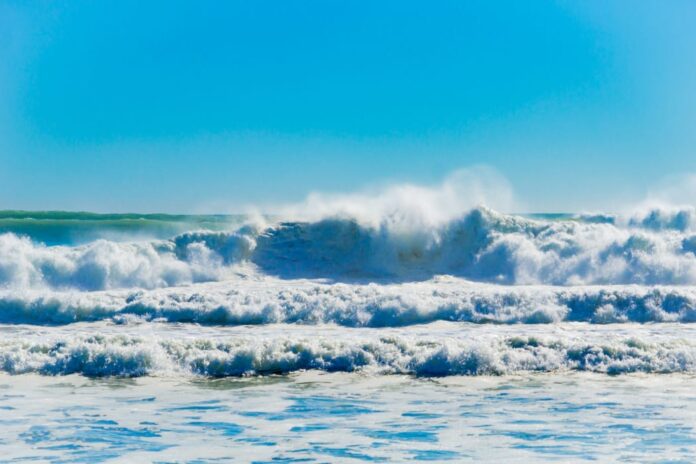 A man found a venomous sea snake and instead of putting it back in the sea – put it in a water-filled plastic bag in which it later died.

Alex Gordon-Stables also shared videos of the sea snake on TikTok which, instead of stardom, brought him a criminal conviction for unlawful possession of wildlife after he found the yellow-bellied sea snake/neke at Tangimoana Beach in Manawatu in April 2021.

The video shows somebody poking and prodding the protected reptile with a stick, sparking an outcry from some users, while others said it should be killed or eaten.

Neke venom has the potential to kill small children and can cause vomiting and paralysis in adults who are bitten.

After discovering the animal, Gordon-Stables and his associates put the sea snake in a plastic bag and travelled to a nearby store where they sought a box to transport it.

After the store visit, Gordon-Stables took it to a nearby residence. He called the Department of Conservation’s 0800 DOC HOT phone line and was urged to return the snake to the sea by a DOC staff member.

However, he ignored the advice and took the snake 45 minutes inland to Palmerston North.

During that journey, the snake died and was disposed of.

Its carcass was never recovered.

DOC was alerted to the incident after three videos of it were shared on TikTok by Gordon-Stables – the videos of which have since been removed.

Other TikTok users commented on the videos, noting the animal was venomous and should be handed over to DOC or another wildlife agency, or left alone completely.

In one video the snake is prodded and shoved with a stick, which some users said amounted to animal cruelty.

Other TikTok commenters suggested the snake be killed or even eaten.

DOC compliance officer Gordon-Stables claimed he removed the snake from the beach because he thought it might have bitten another member of the public had he not taken it.

But he also admitted sharing the videos of the snake to TikTok in an effort to get likes for his content.

Appearing in the Palmerston North District Court yesterday for sentencing, Gordon-Stables was ordered to pay $500 to Save the Kiwi, court costs of $250, and complete 50 hours’ community work.

DOC principal compliance officer,Dylan Swain said Gordon-Stables’ actions were aggravated by a complete disregard for the advice he was given.

“When he called the DOC hotline, he was told in no uncertain terms to return the animal to the sea or the beach,” Swain said.

“But he did not do that. Had he followed the very clear advice from DOC, and not boasted about his find on TikTok, we would not have pursued this prosecution.

“This incident could have resulted in a horrible series of events for the people involved. The snake could have bitten one of them – and with no anti-venom in New Zealand, it could have been extremely painful and dangerous.”

The case and sentence served as a clear reminder to the community to leave native wildlife alone, Swain said.

“There are hundreds of incidents every year when people interact with native wildlife when they should keep their distance.

“This is one of those incidents, captured on video and publicly shared, which formed vital evidence for our case.

“If you come across wildlife like a sea snake, don’t touch it, don’t get close to it – just call DOC, and we’ll tell you what to do.”

Sea snakes are rarely seen on New Zealand’s coastlines and usually only come ashore on currents when the animals are weak or unwell.

They otherwise spend their entire lives at sea.

*This story originally appeared in the New Zealand Herald.