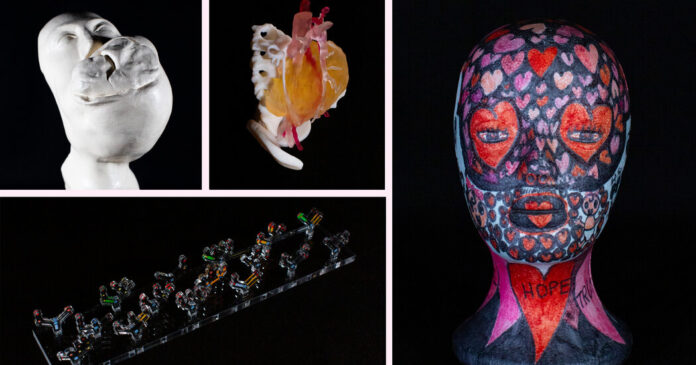 LONDON — With so many lives affected by cancer — in the United States alone, about 40 percent will receive a cancer diagnosis during their lives — it might be understandable if the disease were a common and compelling subject for museum shows.

Despite the statistics, major exhibitions on cancer have been few and far between. But on Wednesday, “Cancer Revolution: Science, Innovation and Hope” opened at the Science Museum in London. The show, running through January 2023, is one of the first big institutional efforts to tell the full story of the disease and its treatment.

The exhibition includes objects linked to early surgeries — which were conducted without anaesthetic — as well as displays showing how artificial intelligence and virtual reality are now helping doctors detect and treat the disease.

Katie Dabin, the Science Museum’s curator of medicine, said in a telephone interview that an exhibition on cancer could easily have ended up being “cold and clinical” — “It’s a hard sell for a family day out,” she acknowledged.

To avoid that, she said, she tried to include objects to fuel interest in the topic and make visitors feel comfortable discussing their fears and hopes regarding the disease. Dabin knows those fears all too well — her mother received a diagnosis of breast cancer just as the exhibition was being put together. With her mother recovering — “Touch wood, she’s cured,” Dabin said — she has also experienced the growing hope that progress in medical science can provide.

In an hourlong conversation, Dabin talked about some of the show’s exhibits, which feature curios such as a tumor found in a tree and machines involved in cutting-edge technology such as gene editing. Here are extracts of her commentary, edited for content and clarity.

A cancerous dinosaur bone, and a tree tumor

There’s this perception that cancer is a modern disease, and very uniquely human, and that leads to a lot of people blaming themselves when they’re diagnosed: ‘What have I done?’ But cancer affects all multicellular life. It’s a disease of cells and unfortunately when cells divide, on occasion, that process goes wrong.

This is a shinbone from a Centrosaurus apertus: a horned, plant-eating dinosaur that lived about 76 million years ago in Alberta, Canada. Researchers at McMaster University and the Royal Ontario Museum put the bone through almost the same process as a human would be diagnosed with cancer today — even CT scans — to prove that dinosaurs were affected by cancer too.

Plants can also get cancer, like the tree tumor known as a crown gall. Because plants have more rigid cell walls, the cancer cells don’t spread in the same way as with humans and animals.

Doctors have always been aware of cancer — its name derives from the ancient Greek word for crab — but in ancient times, they knew there wasn’t much they could do to help. The cancers would often come back. But things did improve with our understanding of anatomy and better medical techniques.

This is a cast of Robert Penman’s face. He was 16 when he started noticing a growth on his jaw that kept growing. In 1828, when Penman was 24, a Scottish surgeon called James Syme carried out a remarkable operation to remove the tumor. This was years before anesthesia was widely used, and Penman must have been in excruciating pain, but he sat upright in a chair throughout the full 24-minute operation. He made a full recovery.

The cast of Penman’s jaw was probably made to document the case, but 3-D prints are today used to help plan complex surgeries, like one of a tumor that was in the abdomen of a 6-year-old girl called Leah Bennett. The tumor was wrapped around her spine and her major blood vessels, and several surgical teams thought it too risky to remove. But surgeons at Alder Hey Hospital near Liverpool worked with a 3-D scanning company to produce this model and plan the surgery. They removed about 90 percent of the tumor and Leah eventually went back to school.

Glove with a pouch for radium spikes, from the 1950s

Surgery is still the main way of removing tumors, but after X-rays were discovered in 1895, radiotherapy soon became used too. After scientists realized that X-rays could damage healthy skin, doctors put two and two together and thought, ‘If they can damage healthy cells, they can damage cancer cells, too.’ The problem with X-rays was that they couldn’t penetrate deeply into the body, so radium was often used instead.

Technology of today: a model of a linear accelerator (LINAC) device

The most common form of radiotherapy today is the use of linear particle accelerators. Scientists developed them in the 1950s and they’re essentially a heavy-duty X-ray machine. This is a toy version that doctors give to children so they understand the process and find it less scary.

The other major form of cancer treatment is chemotherapy. This has surprising origins. In the First World War, mustard gas was used as a chemical weapon, and doctors observed that soldiers who had been affected had very low white blood cell counts. So they started experimenting and thought, ‘Well, if it’s killing white blood cells, maybe it can help in blood cancers, where white blood cells are rapidly dividing.’

Two researchers in the United States, Louis Goodman and Alfred Gilman, trialed the use of nitrogen mustard as a therapy for advanced lymphomas, and that opened up the field for research into other chemicals.

The evolution of drugs to combat side effects

In the ’50s and ’60s, the side effects of chemotherapy were so awful that the medical community found it very difficult to accept as a treatment. Today, there still can be many. These are all the medications that Ann-Marie Wilson, one of the patients who participated in our exhibition, takes every month to manage the side effects of her treatment for non-Hodgkin’s lymphoma.

Progress in the field. In recent years, advancements in research have changed the way cancer is treated. Here are some recent updates:

Chemotherapy. A quiet revolution is underway in the field of cancer treatment: A growing number of patients, especially those with breast and lung cancers, are being spared the dreaded treatment in favor of other options.

Leukemia. After receiving a new treatment, called CAR T cell therapy, more than a decade ago, two patients with chronic lymphocytic leukemia saw the blood cancer vanish. Their cases offer hope for those with the disease, and create some new mysteries.

Esophageal cancer. Nivolumab, a drug that unleashes the immune system, was found to extend survival times in patients with the disease who took part in a large clinical trial. Esophageal cancer is the seventh most common cancer in the world.

“She’s had chemotherapy, radiotherapy, she’s had surgery, and it’s affected things like her sight, her stomach and digestion, her bones. We didn’t want to shy away from the impacts of side effects, but there is a large amount of research going on into ameliorating them.

When patients go through treatment, there’s obviously a lot of worry about how they’re going to feel, how their identity is going to change, how their family is going to respond. But many families really come together to help someone deal with the treatment. This is a wig stand belonging to Sarah Herd, another patient who helped our exhibition, and her daughter decorated it to make it less awkward and scary.

Henrietta Lacks and an ethical controversy from the 1950s

Henrietta Lacks was an African American mother of five, and a very strong, bubbly character who died of cervical cancer aged 31. I can’t imagine how horrendous that must have been for her in the 1950s, given her race and the stigma of cancer, and that this was somewhere intimate.

She was treated at Johns Hopkins Hospital, and the research team found it very interesting that her cancer was so aggressive, so without her consent or that of her family, they took samples of the cells and started cultivating them. Those cells were named HeLa after her and have gone on to be incredibly useful in cancer and other research, but you can understand why her family are still very aggrieved about what happened.

There’s so many exciting areas of cancer research and one of the most impactful concerns the early detection of cancers, since that can help save lives. This is a cytosponge developed to help detect esophageal cancer — one that is normally hard to detect as it often gets confused with heartburn. The cytosponge is a pill that you swallow, and when it dissolves it opens up into a little sponge that’s pulled up through the throat and collects all the cells along the esophagus. Those can then be sent off for analysis using novel processes.

The test can be done in a doctor’s office so the patient doesn’t have to go into a hospital, be made unconscious and have a camera put down their throat.

Another exciting area that’s opened up recently is personalized cell therapies. This is an apheresis machine and it’s used to collect a patient’s white blood cells, which are then sent off to a lab to be genetically modified so they have a receptor added that helps them detect and kill cancer cells.

It doesn’t work for everybody — it’s for a very specific group of patients and it’s grueling for them to go through — so I wouldn’t want to say it’s the fix. It’s also expensive, it’s very difficult and it’s time consuming.

But where we’re trying to get to is somewhere less about using drugs to kill cancer cells; it’s much better to equip our own bodies to recognize and fight the disease.

Far From Defeated, Putin Intends to Escalate War in Ukraine