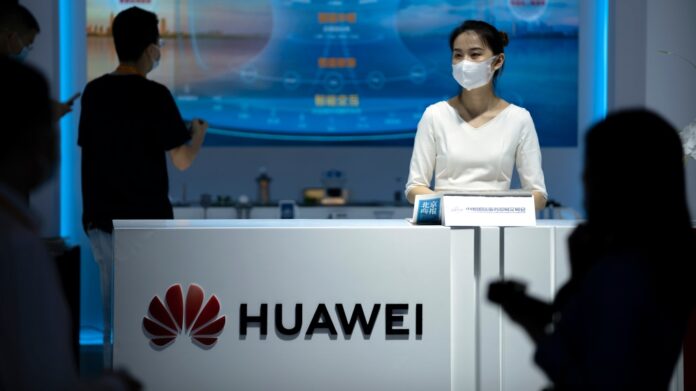 
Telecommunication companies in Canada will not be permitted to include any products or services from these telecommunications companies in their networks. Providers who already have this equipment installed will be required to cease its use, and remove it.


Minister of Innovation, Science and Industry Francois-Philippe Champagne and Public Safety Minister Marco Mendicino made the announcement about prohibiting these “high-risk vendors,” in Ottawa on Thursday.


The federal government says it will be tabling legislation “in the very short term” that they say will “shore up Canada’s telecommunication system against national security risks in the finance, telecommunications, energy and transport sectors.


“This new legislation will establish a framework to better protect the systems vital to our national security and give the government a new tool to respond to emerging cyber threats,” Mendicino said.


The federal government has long faced pressure to ban the Chinese telecom giant from participating in the development of Canada’s fifth-generation telecommunications infrastructure.


The Liberals have promised for years an announcement on the issue was coming, citing the need to follow the proper processes, after launching a broader security review of 5G wireless technology in 2018.


On Thursday, Mendicino said that this examination “was carried out meticulously, responsibly, and with all the due diligence that was required in order to protect our national security.”


The transition to 5G is set to bring higher speeds and improved interconnectivity. However, according to the federal government, with this comes the concern that “an exploitation of vulnerabilities by malicious actors will be more difficult to safeguard against, and that incidents will have a broader impact than in previous generations of wireless technology.”


“In the 21st century, cyber security is national security. From cyber attacks, to electronic espionage, to ransomware, the threats to Canadians are greater than ever, and we will protect them,” Mendicino said.


“It is against this backdrop that we have to be sure that we safeguard Canada’s telecommunications system. 5G networks are being installed across the country, and this innovation represents a major opportunity for competition and growth. Yet, with this opportunity also comes risks,” the public safety minister continued.


Observers had suspected the major policy decision was delayed in part due to China’s detention of Michael Spavor and Michael Kovrig, which was largely seen as retaliation for the arrest of Huawei executive Meng Wanzhou in Canada.


Spavor and Kovrig were released in September 2021 after the extradition against Meng was dropped. At that time, Prime Minister Justin Trudeau said he’d be sharing Canada’s decision on what to do with Huawei “in the coming weeks.”


Canada has been the last holdout member of the Five Eyes intelligence alliance, with Australia, New Zealand, the United Kingdom, and the United States already all deciding to either ban or restrict Huawei from partaking in the implementation of their 5G networks.


Champagne told reporters that the federal government’s decision also included consultation with allies. Asked whether Canada is now bracing for Chinese retaliation, the industry minister said that the right decision has been made.


“It’s likely that there will be some sort of retaliation. What that will be is pretty hard to guess but it could come in almost any form,” he said, pointing to moments in the past when China has punished Canada by imposing trade restrictions.


The announcement comes on the heels of China’s lifting of a three-year ban on canola exports from two Canadian companies that had been in place since March 2019 and was also seen as a retaliatory move over Meng’s arrest, something China denied.


In a statement issued Wednesday evening responding to that decision, International Trade Minister Mary Ng and Agriculture Minister Marie-Claude Bibeau said the government would continue to work to defend the interests of Canadian farmers, businesses, and exporters “at home, and in markets abroad, including China.”


With files from CTV News’ Joyce Napier and Sarah Turnbull