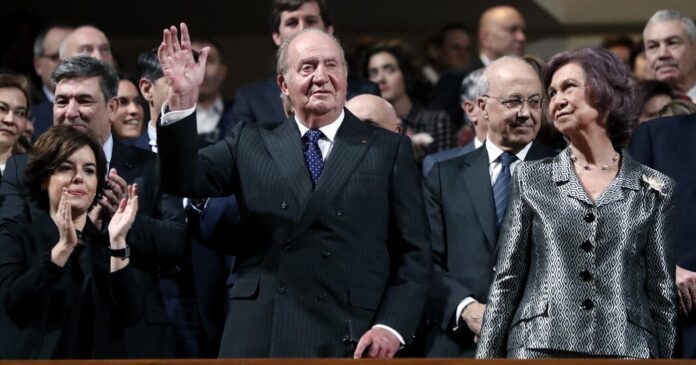 This week, the left-wing government of Prime Minister Pedro Sánchez sought to distance itself from Juan Carlos’s return to Spain, also ensuring that he would limit his time at the Zarzuela royal palace, a property of the Spanish state, to a daytime visit on Monday. Government ministers have insisted that, even after the closure of the court cases, Juan Carlos still had to clarify and justify his past dealings to the Spanish people.

“All the citizens of Spain deserve an explanation,” Nadia Calviño, the economics minister, told Cadena Ser, a Spanish radio station, on Thursday. She said her government was drafting a law that would “increase and reinforce the transparency of the royal household.”

While stressing that Juan Carlos now lived permanently in Abu Dhabi, the royal household said in its statement that his goal was to make frequent trips to Spain, to visit his family and friends.

A keen sailor, Juan Carlos is set to spend the weekend in one of his favorite seaside towns, Sanxenxo, to attend the regatta. Town hall officials there told Spanish news media that his participation in the racing would depend on the weather conditions. Whether or not he boards a boat, his visit has prompted about 100 news outlets to register to cover the regatta, and local hotels to fill up.

On Monday, he will be briefly reunited with his wife, Queen Sofía, who is spending this week in Miami. One of the fraud investigations centered on how Juan Carlos transferred millions in 2012 to an offshore account in the Bahamas belonging to a company held by his former mistress, Corinna zu Sayn-Wittgenstein.

Ms. zu Sayn-Wittgenstein was also cleared of wrongdoing in December by Swiss prosecutors. Since then, she has been pursuing a separate case against Juan Carlos in London, accusing him of harassment, including illegal surveillance by agents of the Spanish Secret Service. In March, an English judge decided her case could proceed, after rejecting a claim filed by the lawyers of Juan Carlos that he had state immunity from being sued in London.

In Cyprus, Pope’s Plea for Migrants Clashes With Island’s Tensions

In France, a Racist Conspiracy Theory Edges Into the Mainstream