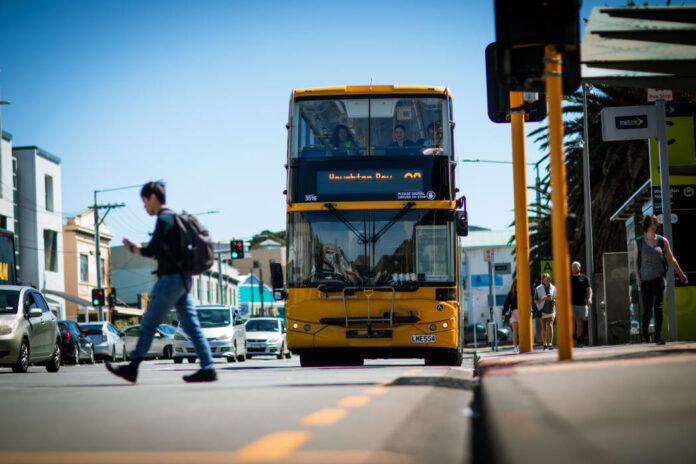 A public transport campaigner is giving the government’s budget just three and half out of ten.

The two month extension of half price fares and permanent half price concession for community card holders did little to sweeten the deal for others in the sector either.

Climate change was one of two big focuses for the budget and Finance Minister Grant Robertson made a point of public transport.

“It is no longer good enough to talk the talk on climate action. In Budget 2022, we walk the walk, or take public transport or another mode of sustainable transport – a dad joke for Minister Shaw,” he said.

But Jon Reeves from the Public Transport Users Association said the government’s two month extension of half price fares was no laughing matter.

“Sadly, for most users, it’s only going to be for two more months, which is pretty underwhelming really, because we need to make a massive dent into … emissions, obviously … but also we just need to get people out of their private vehicles.”

Reeves would have liked fares left at half price indefinitely for everyone.

First Union, which represents bus drivers across the country, is calling for free public transport.

General secretary Dennis Maga said that was what was really needed to wean people off reliance on their car.

His union is one of 60 organisations behind Free Fares, a campaign to get rid of public transport fees for everyone across the country.

Bus drivers had also been struggling over the past few years, he said, and while he welcomed the $61m for driver support, where the money is going was still a complete mystery.

“We haven’t seen any blueprint yet for how the $61m will be spent. We’re going to be disappointed if a large portion of this isn’t actually spent on increasing driver’s wages and working conditions.”

“Health and safety is a big concern for a lot of us drivers. We’ve seen in the past assault, verbal abuse and pressure directed towards drivers. And these are things that for a long time haven’t been addressed.”

“One of the things that we have missed out on in this budget is explicit money for new hybrid trains for the lower North Island. It’s a massive project that was given $5m in 2020’s budget to prepare a business case,” he explained.

Wellington and Manawatu Regional Councils have been jointly working on the case and Ponter said timing of investment in the project is crucial.

“There’s already some money set aside but we are looking for more money in order to purchase the hybrid, battery electric trains. The last thing we want as a region is to purchase diesel rolling stock because that stock will be with us for the next 50 years.”

The new trains are expected to cost $750m.

As for now, Jon Reeves said the $40m to decarbonise buses was great, but the government should have a different climate change priority when it came to public transport.

“At the end of the day, we just actually have to get more people out of their private vehicles and into public transport. Whether it’s a bus that runs on diesel or it’s an electric bus – it doesn’t really matter.”

“The main thing is we need to move people out of their single occupancy vehicles where we can,” Reese concluded.

The Climate Commission has stated transport emissions must be cut by 13 percent by 2030 in order to meet the county’s reduction targets.

Methods to have a candy monetary New 12 months

Highest share ever of feminine and gender-diverse candidates working on this...

The place Dwelling Blends With Neighborhood

One dead after vehicle hits pedestrian on SH1 in Canterbury