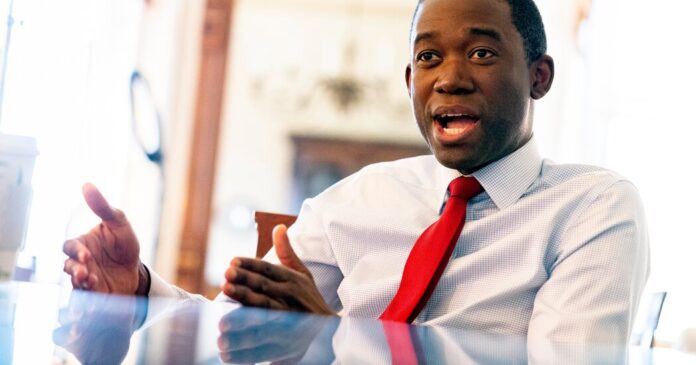 Referring to his message to foreign banks, he added: “You need to make sure that not only are you making sure that you’re watching flows into your financial institution, but you need to also help by reminding the businesses that you support that they, too, you don’t want them to be providing material support to Russian oligarchs or Russian businesses as well.”

On the ground. Russia continued to bombard largely abandoned and devastated towns in the Luhansk and Donetsk regions of eastern Ukraine without making any major gains. Ukrainian forces have been driving Russians from the area to the north around the city of Kharkiv.

G7 meeting. Agricultural ministers from the Group of 7 major economies gathered in Germany, to discuss how to mitigate the broader costs of the war. Britain imposed new sanctions on Putin’s inner circle, and the European Union said it would provide additional military support to Ukraine.

Civilian killings. The United Nations human rights chief said that the bodies of more than 1,000 civilians, including several hundred who were summarily executed, have been recovered in areas near Kyiv that were occupied by Russian forces in the early stages of the invasion.

Banks and financial institutions around the world have been grappling with how to remain in compliance with the waves of new sanctions against Russia.

Citigroup, the largest U.S. bank in Russia, with about 3,000 employees there, was in “active dialogue” to sell its Russian consumer and commercial-bank businesses, Jane Fraser, its chief executive, told Bloomberg this month.

Citigroup trimmed its exposure in Russia to $7.9 billion in March, down from $9.8 billion at the end of last year, according to a filing. “This weaponization of financial services is a very, very big deal,” Ms. Fraser said at a conference this month. She said she expected global capital flows to splinter as nations developed new financial systems to avoid being too reliant on Western firms.

Foreign banks with U.S. operations can find themselves caught between conflicting demands. In some cases, U.S. sanctions have required them to cut off longtime customers. Those who resisted doing so learned how serious the authorities could be about tracking down violators and hitting them with big fines.

In 2019, for instance, the British bank Standard Chartered paid $1.1 billion to settle cases brought by the Justice Department, Treasury, New York’s state banking regulator and state prosecutors over transactions it had carried out for Cuba, Syria, Iran and Sudan in violation of U.S. sanctions. Two years earlier, Deutsche Bank paid $630 million after it was caught helping Russian investors sneak $10 billion into Western financial centers. The international giants HSBC and BNP Paribas have also paid billions in the past 10 years to settle sanctions violations cases.

Some residents return house, with warning, in Belgium’s third-largest metropolis.