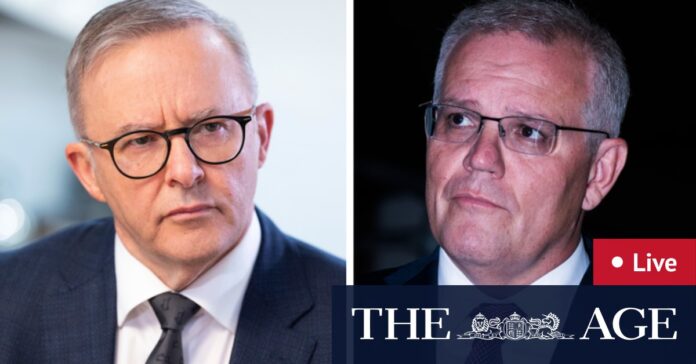 The Biden administration insisted from the outset that it would only consider pursuing the landmark AUKUS project if it had solid support from both major Australian political parties, yet Prime Minister Scott Morrison chose not to consult Labor until the day before its announcement.

White House officials emphasised the point as a deal-breaker in the very first discussion on Australia’s request for nuclear-propelled submarines. The AUKUS security pact between Australia, the US and UK was signed in September.

“We asked lots of questions about politics,” said Campbell in an interview. “Would this be contentious? Would this hold?”

Bipartisan political commitment from Labor and Liberal was a prerequisite, the Americans said.

“This would be a military marriage. It would have to hold over decades.”

When asked why he had decided not to consult Labor over AUKUS until the last minute, Morrison told The Sydney Morning Herald and The Age: “I believed the Labor party would support it.” He was proved right.

Morrison and officials briefed Labor leader Anthony Albanese and the Labor leadership the day before the planned announcement.

Exercising at home is over. Can Apple’s virtual gym survive?

Riot squad known as to DV in western Sydney