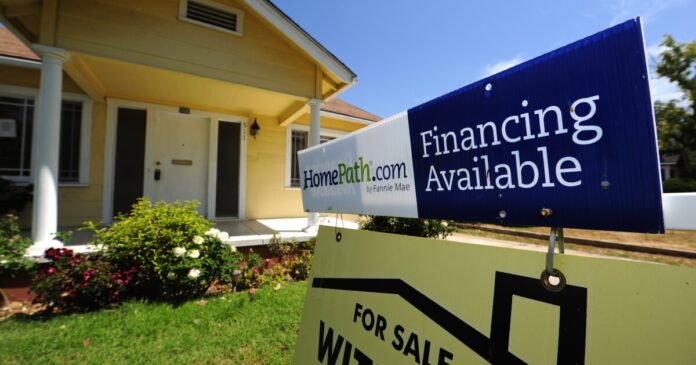 A favorite family tale goes something like this: In the early 1980s my uncle, the son of working-class Norwegian immigrants, was nervously heading home to Glendale for the first time with his girlfriend, also a child of immigrants, but ones of considerable self-made wealth. My uncle likes to joke that his rich girlfriend (now my aunt) surely felt deflated when, after driving past lovely Craftsman and Victorian homes, they pulled into the driveway of a squat off-white stuccoed bungalow overflowing with multigenerational humanity.

I say multigenerational, because it was first bought by my great-grandparents, and it was my childhood home too, a lifeboat thrown to a newly divorced 20-something mother and her two toddler sons (one of whom was me) at a time when politicians found it fashionable to scold single moms. You’d be forgiven for passing this utterly unimpressive 1,800-square-foot house without a second look, but for decades it was everything to a large family headed by two immigrants who bought it fresh off the boat from Norway (and yes, it was a boat) for $8,500 in 1954.

Today, that house — the one that reeked of cigarette smoke and stiff coffee, with a linoleum kitchen floor, earth-toned walls (or maybe the lighting was just awful) and a shoebox-like addition that heated up to low-oven temperature in the summer — would sell for $1.4 million.

The absurdity of the situation should be clear: Two generations ago, a (white) immigrant couple could arrive in Los Angeles and soon after owned a single-family home in Glendale for about the price of two first-class airline tickets today. My grandparents, who came from Norway not long after my great-grandparents, would go on to raise their four children in that house on the earnings of a furniture mover.

This is how multi-generational wealth is built, and why it is available to some and certainly not all. It’s also an example of the racism built in the foundations of our neighborhoods, as Glendale was a notorious “sundown town” and even once served as a regional headquarters of the American Nazi party. Were it not for their northern European origin, my great-grandparents couldn’t have bought in Glendale for $8,500 or any amount of money.

That awful history aside, this housing market, where prices and rents rise even as seemingly no one can truly afford to pay them, has so warped our sense of value and fairness that it seems reasonable for a one-story house in Glendale to go for seven figures.

First, a disclaimer: The $1.4-million figure is a value approximated by Redfin, Trulia and Zillow, the trusted sources of homeowners who know nothing about market economics. But the estimate strikes me as accurate based on the actual sale prices of nearby homes.

Second, yes, I’ve heard of inflation. I know that $8,500 in 1954 equates to a lot more today, and the supply of housing in Southern California has not kept pace with demand. But adjusted for inflation, the 1954 sale price would be about $91,000 today, and good luck trying to find a house even costing five times that in L.A. County, where the median price of homes has soared to around $800,000.

Economists may be able to explain analytically how we got here. But no amount of data or charts can alleviate worries about the spiraling home prices and rent in Los Angeles and what that’s doing to families here. We’re left to wonder how new college graduates with mountains of debt and modest incomes can possibly afford to start on their own, or how bus drivers, grocers and other essential workers can support a family with most of their income going toward rent or the mortgage.

It’s hard not to feel the magnitude of this crisis in your gut when it’s your childhood home valued at an outrageous, unaffordable sum — where you broke your wrist falling from a bunkbed, where you vividly recall how your first earthquake made the room shake, where you remember the voice of Vin Scully as the soundtrack of warm summer nights.

All those memories would have been radically different if two immigrants had no chance of buying a house that would still be there for a desperate mother who needed a place to live but couldn’t afford her own nearly 40 years ago.

Who knows? In today’s world, we might have fallen into homelessness, a fate not unheard of for divorced people suddenly unable to afford rent.

As for that overvalued $8,500 house, well, let’s just say we missed our chance at inherited wealth. My grandparents split up in the early 1990s and sold their house, but not before my mother could generate a stable income as a registered nurse (and by the way, the building where we rented an apartment for around $600 now advertises units starting at $2,600).

Since then, and solely by virtue of continued existence, it added more than $1 million in value. This is madness, and it’s paying dividends only for lucky owners but robbing everyone else of hope.

Editorial: L.A. tripped over its duty to fix the city’s...