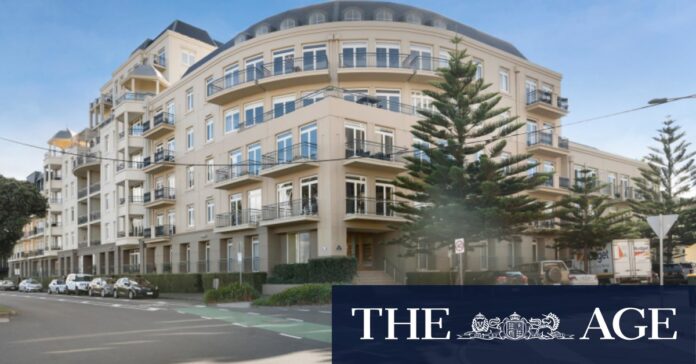 The couple raised their cafe and cake business in Oakleigh and Fairfield from small beginnings in the 1980s and now cater for birthdays and weddings, including providing cakes for Nine reality TV show Married at First Sight nuptials. Nine is the owner of this masthead.

In a sign of the times, they also offer birthday cakes for those isolating due to COVID.

The luxury apartment, which is directly across the road from Port Melbourne beach, has an asking price range of $3.3 million to $3.6 million – a sweet deal, according to selling agent Home AU Real Estate’s Sheree Hay.

The Poupouzases paid $2.1 million for the property in 2014, records show.

Hay said even though interest rates were on the rise there was still demand for property, particularly those that were in the price bracket above $3 million.

“The property has only gone online recently and has gotten a good response – we already have a couple of private inspections booked,” Hay said. “The demand is still there and interest rate rises aren’t really worrying anyone in this price bracket.”

‘Retention is the new black’: Bosses must earn the commute or...