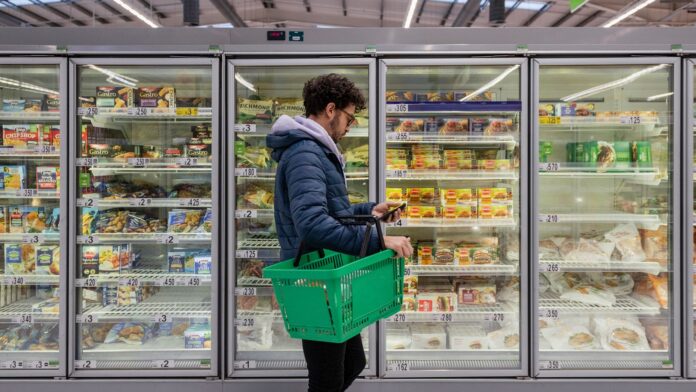 The government has delayed plans to crackdown on unhealthy food promotions for a year.

Promotions such as buy-one-get-one-free (Bogof) offers and extra free deals on products high in fat, salt and sugar (HFSS) would have been banned under the new measures, part of the wider Obesity Strategy, in October.

Instead the promotions will be banned in October 2023.

The Department of Health and Social Care (DHSC) said the new measures would have coincided with a rise in energy and goods prices.

The ban on HFSS adverts on TV before 9pm and paid-for adverts online is also being delayed for a year and will instead come into force in January 2024, due to a delay to the Health and Care Bill receiving royal ascent and the industry needing more time to prepare, the government said.

It also said a consultation on TV and paid-for-adverts online would be launched in the coming weeks.

Health campaigners were dismayed at the news, with one accusing Prime Minister Boris Johnson of “playing politics” with children’s health.

Government should not be ‘delaying and dithering’

However, Public Health Minister Maggie Throup said: “We’re committed to doing everything we can to help people live healthier lives.

“Pausing restrictions on deals like buy one get one free will allow us to understand its impact on consumers in light of an unprecedented global economic situation.”

But Barbara Crowther, of the Children’s Food Campaign, said the government should not be “delaying and dithering” but should move faster on Bogof deals.

“Obesity is spiking and millions of families can’t afford to put proper food on the table. Multi-buy offers make people spend more on junk, and less on healthy food,” she said.

“This delay threatens the UK target to halve childhood obesity by 2030. Boris is playing politics with our children’s health.”

Shadow public health minister Andrew Gwynne said: “Boris Johnson’s desperation to cling on to his job means the ideology of Conservative MPs is being placed above children’s health.

“Instead of cutting childhood obesity, preventing ill-health and easing pressure on the NHS, this chaotic government is performing another U-turn.”

However the “pragmatism” of the government’s action was welcomed by industry body the Food and Drink Federation (FDF).

Kate Halliwell, the FDF’s chief scientific officer, said: “At a time when both families and our manufacturers are struggling with high inflation, it makes sense to delay the restrictions on volume promotions for everyday food and drink products, including breakfast cereals, ready meals and yoghurts, as it risked further stretching already-pressed household budgets.

“We also welcome the delay to the start of advertising restrictions, given the time it will take our industry to prepare for the change in law.”

Restrictions on the placement of less healthy products in key locations such as checkouts, store entrances and aisle ends and their online equivalents will still come into effect in October.

The government said addressing obesity remains a priority as it will reduce the strain put on the NHS as it works to tackle the COVID backlog.