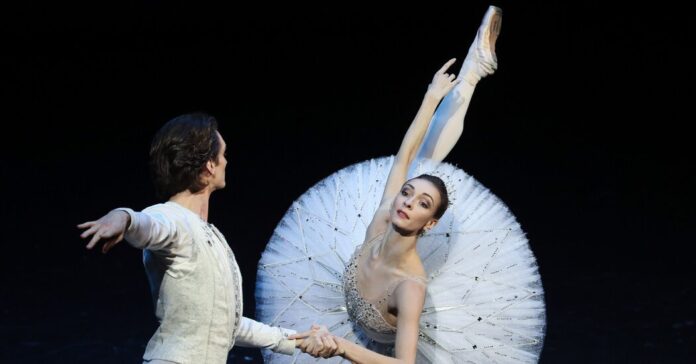 Ms. Smirnova published a lengthy post this month to Telegram, the messaging app popular in Russia, in which she said she opposed the war “with all the fibers of my soul.” One of her grandfathers was Ukrainian, she said, but insisted that was not the sole reason for her opposition. “I never thought I would be ashamed of Russia,” she said, adding, “We may not be at the epicenter of the military conflict, but we cannot remain indifferent to this global catastrophe.”

A spokeswoman for the Bolshoi, which still lists Ms. Smirnova among its dancers on its website, said it had no comment on her departure, except to confirm that it was a personal decision.

Ms. Smirnova is one of a number of dancers who have left, at least temporarily, the Bolshoi and the Mariinsky Ballet, Russia’s other major company, since the invasion of Ukraine began. But most of those other dancers, including the Italian Jacopo Tissi, the Brazilian David Motta Soares and the British dancer Xander Parish, have not been Russian.

In an interview from Tallinn, Estonia, last week, Mr. Parish, who dances for the Mariinsky, told The Sunday Times, a British newspaper, that he intended to focus on international guest appearances for the next few months. “It’s hard to imagine not being able to go back, but I just need to keep positive and look for opportunities,” he said.

On Wednesday, the Dutch National Ballet said that Victor Caixeta, a Brazilian soloist at the Mariinsky Ballet, had also joined the company. “The current circumstances have meant I’ve had to make the hard decision of leaving Russia — the place I’ve called home for almost five years,” Mr. Caixeta said in a statement.

Macron to the French: Vaccinate or Else