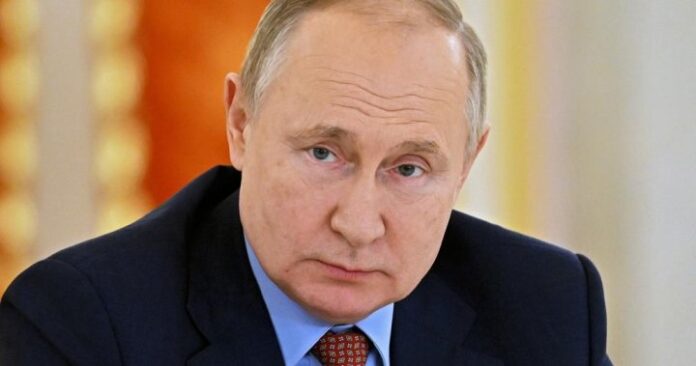 High-stakes diplomacy and military maneuvering continued Wednesday as Britain launched its own diplomatic effort to help avert a possible Russian invasion of Ukraine. No breakthrough in peace talks between Ukraine and Russia is in sight so far, and Russian President Vladimir Putin‘s intentions remain as opaque as ever.

Here’s a look at what is happening where and why:

Britain takes its turn at the table

Russia has deployed well over 100,000 troops near Ukraine, fueling fears of a possible invasion. French President Emmanuel Macron, who talked with Putin in Moscow this week, reported that Putin told him that Russia would not further escalate the tensions.

But the Kremlin denied that any agreement on calming things down was reached Tuesday, with spokesman Dmitry Peskov saying that “in the current situation, Moscow and Paris can’t be reaching any deals.” Russian officials also say that Moscow has no intentions of invading Ukraine.

Truss, making the first visit to Russia by a U.K. foreign secretary in four years, took a tougher line than Macron as she set out, repeating the numerous Western warnings that a Russian offensive carried the threat of strong political and economic sanctions.

Any Russian invasion of Ukraine “would bring massive consequences for all involved,” she said. “Russia has a choice here. We strongly encourage them to engage, de-escalate and choose the path of diplomacy.”

What is going on in Poland, Germany and Belarus?

U.S. consular services inside Poland are preparing for a potential surge of Americans living in neighboring Ukraine who may decide to flee if Russia invades.

The 82nd Airborne Division troops being deployed to Poland have developed contingency plans to assist Americans inside Poland should Russia invade, according to a White House official who was not authorized to comment.

The State Department continues to urge Americans, including nonessential U.S. Embassy employees, to leave Ukraine now. The White House has said it does not anticipate a mass evacuation of American citizens.

In Germany, a spokesman for Chancellor Olaf Scholz has confirmed that foreign policy advisers from Germany, France, Russia and Ukraine will meet in Berlin on Thursday in the “Normandy format” to see if it’s possible to revive peace efforts. France and Germany in 2015 helped broker an end to major hostilities between Russia and Ukraine, but fighting in eastern Ukraine, which has killed over 14,000 people, still simmers.

In Belarus, 10 days of Russia-Belarus war games are due to begin on Thursday. Russia is sending up to 30,000 troops, fighter jets, missile launchers and ground-to-air defense systems for the exercises, some of them taking place near Ukraine’s northern border.

NATO sends in the cavalry

The United States has begun to deploy the 2nd Cavalry Regiment the longest active-serving cavalry regiment in the U.S. Army from Germany to Romania. The regiment’s commander, Col. Joe Ewers, said the first troops arrived in Romania in the past 24 hours.

“The focus of this particular mission, of course, is to reinforce the NATO alliance, to build that trust and confidence, to reassure our allies and to strengthen the eastern flank of the NATO alliance,” Ewers told reporters at Rose Barracks in the German city of Vilseck on Wednesday.

While NATO does not plan to send troops to Ukraine, the 30-nation military alliance is bolstering its own defenses from Estonia in northern Europe, down around Ukraine’s western border and into the Black Sea region in Bulgaria. NATO is also mulling whether to set up a longer-term military presence in Hungary and Slovakia.

0:57
Russia-Ukraine standoff: There will ‘no longer’ be Nordstream 2 if Putin invades, Biden says

Russia-Ukraine standoff: There will ‘no longer’ be Nordstream 2 if Putin invades, Biden says

Spain said Wednesday it is sending four warplanes and 130 troops to Bulgaria to help with airspace protection until the end of March. The air policing mission will be continued by two Dutch F-35 jets scheduled to go to Bulgaria in April and May.

Bulgaria, which joined NATO in 2004, announced that it will set up a 1,000-strong battalion under Bulgarian command, which might also include soldiers from other allied countries.

Thousands of troops from several nations have been put on heightened readiness should Russia invade. Russia said Tuesday that it had dispatched six large landing craft to the Black Sea region, a development that made U.S. officials particularly wary.

In Ukraine, where Russia’s military buildup already has affected the economy and currency, officials, soldiers and civilians alike mostly are trying to stay resolute. That’s no easy task at the “line of contact” in the east of the country, where Ukrainian forces have been fighting Russia-backed separatists for nearly eight years.

“The war has put pressure on me and broken my soul,” soldier Ivan Skuratovskyi said. His calm verges on numbness. A sniper recently killed one of the few dozen men under his command. “I’m becoming more cold-hearted, some would say dead-hearted,” he said.

U.S. officials say the threat of a Russian invasion in Ukraine is more serious than at other points in the conflict. But a sense of calm prevails in the Eastern European nation, ranging from among relatives of those in the trenches on up to Ukrainian President Volodymyr Zelenskyy.

“We are defending our country and are on our own territory. Our patience can have an impact on provocations, when we don’t respond to provocations but behave with great dignity,” Zelenskyy said.