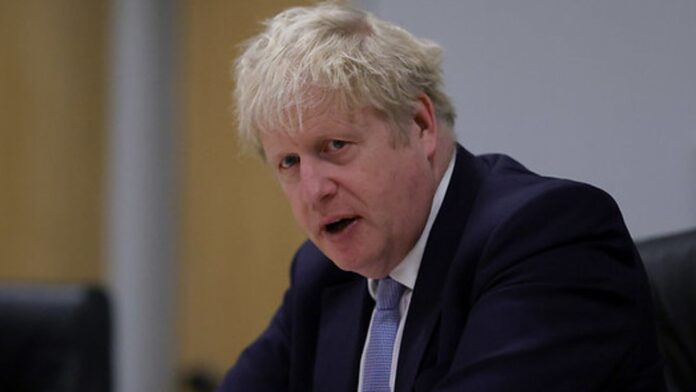 Boris Johnson is being urged to use Prime Minister’s Questions today as a “golden opportunity” to issue an apology over his discredited claim that Labour leader Sir Keir Starmer personally failed to prosecute Jimmy Savile.

The prime minister will make his first House of Commons appearance since Sir Keir was confronted by a mob outside parliament, with some members of the group referencing Mr Johnson’s claims about the Labour leader and Savile, a prolific sex offender.

It will also be the first time Mr Johnson has faced MPs since conducting a “reset” of his administration as he battles to save his premiership amid the partygate scandal.

• Follow live Prime Minister’s Questions updates on the Sky News app, website and on TV from 11.30am on Wednesday 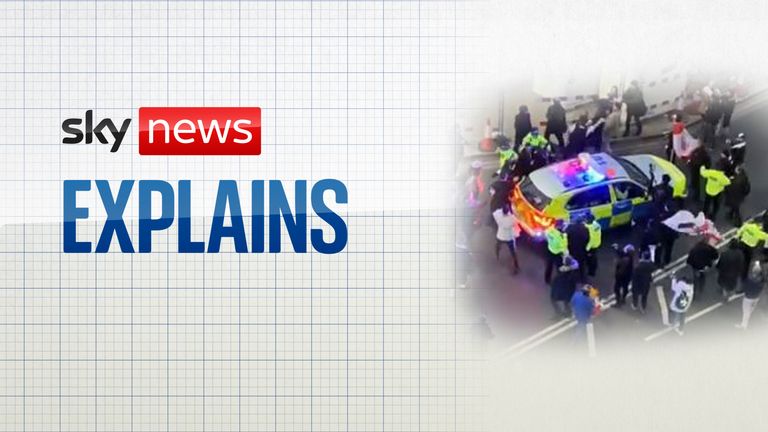 The prime minister has shuffled his ministerial ranks to promote those who have remained loyal to him during the past few turbulent weeks.

Recent days have also seen Mr Johnson recruit new top aides following an exodus of senior advisers from Number 10 in the wake of the partygate allegations.

The prime minister had promised to make alterations to his Downing Street operation following the publication of a damning report, penned by senior civil servant Sue Gray, into claims of lockdown-busting gatherings at the centre of government.

However, Mr Johnson was also forced into changes as one of those departing top aides – policy chief Munira Mirza – quit due to the prime minister’s “scurrilous accusation” about Sir Keir and Savile.

It is the row about the prime minister’s Savile comments that has led some Conservative MPs to continue to agitate against Mr Johnson, even as he attempts to shore up his position in Downing Street with changes at Number 10 and among his ministers.

Ahead of what is set to be another fiery session of PMQs on Wednesday, further anger has been directed at the prime minister over his continued refusal to withdraw his remarks or apologise to Sir Keir.

The already simmering row blew up further on Monday night when Sir Keir was mobbed by the group near parliament.

Sir Keir was bundled into the back of a nearby police car as officers escorted him to safety.

As he was confronted, the Labour leader faced aggressive shouts of “traitor” and accusations of having “let Jimmy Savile off” and of “protecting paedophiles”.

Although he condemned the behaviour of the group, Mr Johnson has continued to resist calls – including from among senior Conservatives – for him to retract his comments about Sir Keir.

The prime minister has, however, sought to “clarify” the remarks. His official spokesman said: “I think the prime minister was making a political point about taking responsibility for organisations as a whole.”

On Tuesday, Health Secretary Sajid Javid said the mobbing of Sir Keir outside parliament was “completely disgraceful” but added: “The people that are to blame are the protesters themselves.”

‘What’s happened to the party of Churchill?’

At last week’s PMQs, Sir Keir directly addressed the row as he accused the prime minister of “parroting the conspiracy theories of violent fascists to try to score cheap political points”.

Wes Streeting, Labour’s shadow health secretary, told Sky News that the prime minister should use his Commons appearance this Wednesday to address the row.

“At Prime Minister’s Questions today, Boris Johnson has a golden opportunity to do the right thing and apologise for his behaviour and accept that his rhetoric has led to the ugly scenes we saw on the streets of Westminster,” Mr Streeting said.

“But he won’t. Because Boris Johnson’s standards and behaviour falls so far short of what we expect of British prime ministers.

“David Cameron, Theresa May, Sir John Major and Margaret Thatcher – they wouldn’t have behaved like this.

“So what’s happened to the Conservative Party of Winston Churchill that we’ve now got a Conservative prime minister apeing far-right memes and rhetoric to inflame anger against the leader of the Labour Party.

“It’s sickening and wrong and has no place in British politics.”

The row over his Savile comments has heaped further pressure on Mr Johnson just as he was looking to push past the partygate allegations and Ms Gray’s report.

Sir John, one of his predecessors in Number 10, is reported to be preparing to make a bruising intervention later this week against Mr Johnson.

According to the Daily Telegraph, the ex-Conservative leader will accuse Mr Johnson of corroding trust in politics.

The prime minister’s promotion of loyalists in a mini-reshuffle on Tuesday also led to fresh controversy after he handed his former chief whip, Mark Spencer, the role of Leader of the House of Commons.

This is despite Mr Spencer currently being subject to a Cabinet Office investigation into claims he told former minister Nusrat Ghani she had been sacked due to concerns about her “Muslimness”.

Mr Spencer, whose new role includes a responsibility for upholding standards in parliament, has branded the allegations “completely false” and “defamatory”.

In being appointed Commons Leader, Mr Spencer replaced fellow Johnson ally Jacob Rees-Mogg, who has been given the newly-created role of minister for Brexit opportunities and government efficiency.

Mr Heaton-Harris is reported to have played a role in a whipping operation aimed at seeing off recent efforts among Tory MPs to oust Mr Johnson over the partygate scandal.

With the majority of Mr Johnson’s government changes focussing on the movement of male colleagues, critics branded it a “he-shuffle”.

The Liberal Democrats’ Layla Moran branded the reshuffle a “pathetic attempt” to distract from the partygate allegations.

It was sign of Mr Johnson’s precarious position – which has left him little room to risk creating more opponents on the Tory benches – that his mini-reshuffle comprised of mainly sideways moves and no sackings. 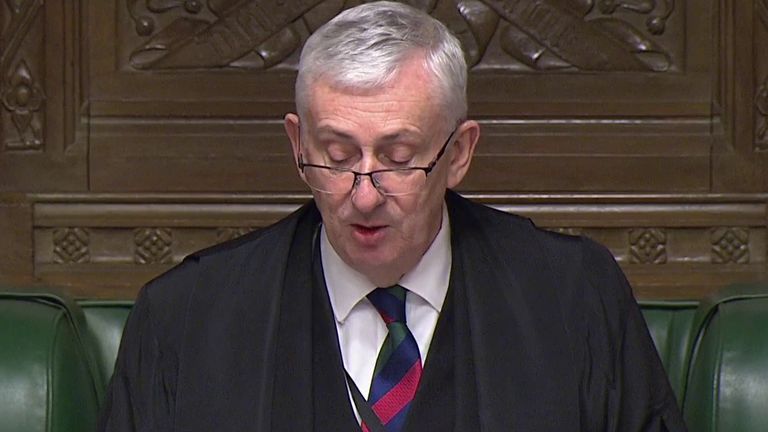 • Follow live Prime Minister’s Questions updates on the Sky News app, website and on TV from 11.30am on Wednesday

The first phase of Liz Truss’s reign is over – is there any way back from the 45p tax rate U-turn? | Beth Rigby

The first phase of Liz Truss’s reign is over – is there any way back from the 45p tax cut U-turn? | Beth Rigby

Live pigs and word clouds: The UK media is going all...

Israeli ambassador says she ‘will not be intimidated’ following London protest