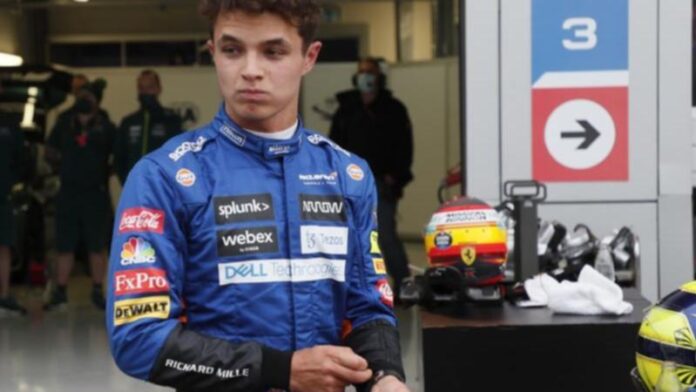 Lando Norris will remain a McLaren Formula One driver until at least the end of 2025 after committing to a new four-year deal.

The 22-year-old, whose four podium finishes earned him sixth in the overall standings and secured fourth in the constructors’ battle for McLaren in 2021, had been handed a multi-year contract extension last year.

The new deal locks the Briton down at McLaren for the entirety of the current rules era, starting with this year’s new-look cars, during which the Woking-based team hope to rekindle their former championship-challenging form.

His teammate is Australian Daniel Ricciardo whose contract runs until the end of 2023.

“The opportunity to extend our relationship with Lando reflect not only our commitment but our belief and confidence in his talent,” team principal Andreas Seidl said in a statement.

“It is also a strong sign of trust and commitment from Lando in us as a team and our journey to world championship contention.”

Norris made his Formula One debut with McLaren in 2019 after graduating from a test and reserve role.

Last season was his best yet, with the 22-year-old very nearly claiming a first win from a maiden pole position in Russia until a tyre gamble in changing conditions backfired and dropped him down the field.

McLaren, despite slipping from third to fourth in the standings last season, took their first win since 2012 at the Italian Grand Prix with Ricciardo leading Norris across the line in a one-two.

The team, who are powered by Mercedes, are hoping to continue their climb back to the head of the field under Formula One’s new rules which are designed to boost wheel-to-wheel racing and will extend through to the end of 2025 when a new power unit is set to be introduced.

“I have grown up in this team and I’m part of this journey we’re all on,” said Norris.

“Last season was another great step, both in my career and the team’s performance, and I see and feel all the work, investment, and commitment for the team to be in a position to challenge for wins and titles in the future.”

McLaren are set to launch their 2022 car on February 11 ahead of a record 23-race season which begins in Bahrain on March 20.

Eels’ lack of teamwork a fear for Arthur