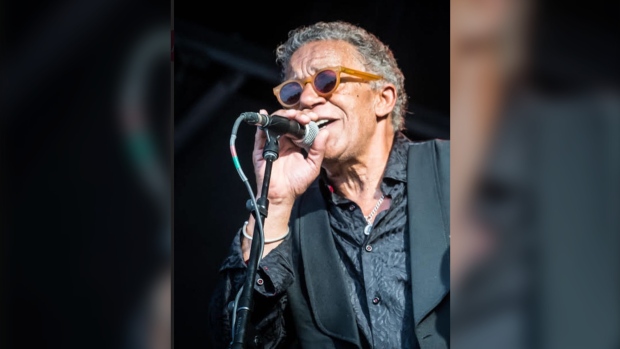 The Canadian rhythm-and-blues vocalist, who died of cancer Thursday at age 75, was meticulous with his craft and almost equally reserved in his social life. But when he unleashed one of those aching ballads, all ears were drawn to him.

“Donny had that special sound and presence that you could never replace,” said BJ Cook, the female singer in Skylark, which included producer David Foster as its keyboardist.

“We hit the motherlode when Donny agreed to come into Skylark.”

Yet despite Gerrard’s talent, he rarely thirsted for the limelight. Some even say he bristled at the idea of being the main focus on stage, and even his appearance on the soundtrack for Brat Pack phenomenon “St. Elmo’s Fire” was low-key.

Born in Vancouver on March 19, 1946, Gerrard earned his reputation at an early age. By the time he was a teenager, word had spread to nearby high schools about his vocal talents.

That’s what drew Al Foreman to a church social event in 1961 to see the 17-year-old perform. He was two years older than Gerrard, but after the show, the two hit it off almost instantly.

“I just remember being quite captivated by his presence, his voice,” Foreman remembered.

“And we decided to put a band together the following year.”

Donny Gerrard and the Checkmates lasted about three years on the back of a weekend house gig, Foreman said.

When it was over, Gerrard made a leap to Hawaii for a fleeting run in another group before making his return to Canada where he rejoined Foreman as the bassist of the Night Train Revue for a two-year stint.

All of these roles were just rehearsals for Gerrard’s big break.

By the early 1970s, he was looking for a new gig and conveniently caught wind of a Vancouver act named Skylark that was on the hunt for a lead singer. The group formed from the ashes of the backing band for Ronnie Hawkins, who fired Foster because he felt the pianist didn’t mesh with his vibe.

Skylark was keen, but they were struggling to find their male vocalist.

“The minute Donny Gerrard came in to audition, David was just completely blown away,” said Cook.

“It was the essence of Donny — his voice, his presence, his knowledge.”

The trifecta of Gerrard’s persona would carry Skylark to success that won over Rosalie Trombley at Windsor, Ont.’s CKLW-AM who put “Wildflower” into the rotation and helped make it a North American hit.

The song spent 21 weeks on the Billboard charts, fueling sales of Skylark’s self-titled 1972 album, and helping land appearances on some of television’s most prized music shows. That included “The Midnight Special,” which left Gerrard feeling a bit uneasy.

“Donny was so nervous doing ‘The Midnight Special’ that we had to do it twice,” Cook recalled.

“I thought he was going to faint. He was shy and introverted. He didn’t like to stand up in front. That’s why we did a lot of duets and harmonies, so he wasn’t just by himself. But nobody could sing like him. We all were in his shadow and we knew it.”

When Skylark disbanded after their second album, Gerrard slowly began to adopt the backing role he seemed to prefer.

While he signed as a solo artist on Elton John’s Rocket Record Company, he also began picking up more jobs as a back-up singer to the stars, including on John’s 1975 album “Captain Fantastic and the Brown Dirt Cowboy,” and recordings by Bette Midler, Bob Seger, Neil Diamond and Linda Ronstadt.

In 1975, he made a foray into a solo career with the single “(Baby) Don’t Let It Mess Your Mind,” a cover of a Neil Sedaka song, and followed it with his debut album a year later, which included “Words (Are Impossible),” an English version of a hit by Italian singer Drupi.

In 1985, Foster reconnected with Gerrard to help light the flame on the “St. Elmo’s Fire” soundtrack.

He appeared alongside Amy Holland for the duet “Love Theme for St. Elmo’s Fire (For Just a Moment),” a slowed-down version of the hit movie’s rousing theme song that closed the album.

That same year, Gerrard appeared on Foster’s all-star Canadian charity single “Tears Are Not Enough,” which raised money for the famine in Ethiopia. Gerrard performed alongside Bryan Adams for his part.

“Donny was so easygoing,” Foster said.

“Certainly he had the right to have a big attitude and a big ego, but he just didn’t. And it made it so easy … I can’t sing at all, so in a way, he becomes your voice. I could ask him to do anything and he would try it.”

In the decades that followed, Gerrard continued to perform in various bands, stunning new audiences with his voice.

Rick Holmstrom caught one of those shows in Los Angeles around the dawn of the 1990s and he said the impression was so strong that it lasted the better part of a decade.

When Holmstrom began recording his 2002 album “Hydraulic Groove,” he tracked down Gerrard and convinced him to swing by the recording studio to record back-up vocals on a song.

“Donny drove up on a motorcycle, put down one vocal pass and drove off. He was that good,” Holmstrom said.

Stunned by his talent, Holmstrom remembered Gerrard when Staples began recruiting a band of reliable supporting musicians in 2007.

“My first thought was … let’s get that guy who did that one-pass vocal,” he said.

Gerrard and Staples were instant friends and she selected him to sing on her Grammy-winning 2010 album “You Are Not Alone.”

Offstage, Gerrard was a sketch artist known for drawing pictures of his bandmates, his friends and people on the street. He also designed and built furniture as a hobby.

Less than three years before his death, he received the surprise of a lifetime when an online DNA test revealed he unknowingly fathered a son decades earlier, before he was married, said Gerrard’s widow Myra.

Traie Payne, now in his early 50s, was living in Montreal and spent years searching for his birth father. When a match suddenly appeared for a “Donald Gerrard,” he began poking around on the internet and found Skylark’s performance on “The Midnight Special.”

The resemblance was uncanny, said Myra.

“Mavis and Donny were playing in Ann Arbor, Mich., and Traie was in Windsor, Ont., so they drove up and that’s where they met on Valentine’s Day 2019,” she said.

“(Traie) knocked on his door, Donny opens it and they look at one another and they hugged…. It’s so beautiful the way it turned out.”

This report by The Canadian Press was first published Feb. 8, 2022.

Ukrainian defenders dig in as Russia lines up more firepower