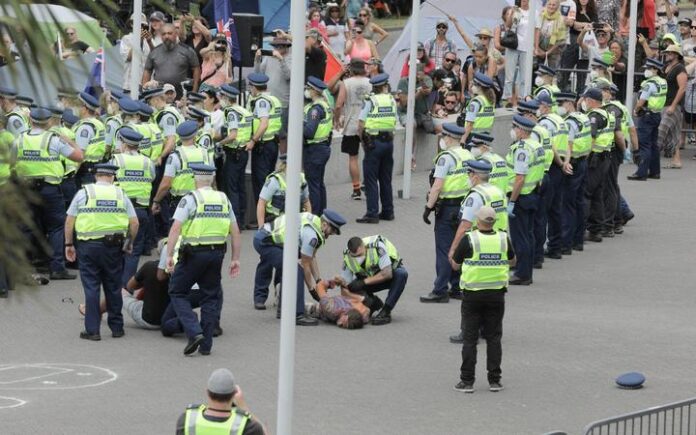 Police handcuffed three people after protesters tried to push through a fence on Parliament grounds.

The group is part of a convoy which travelled to the capital yesterday to protest against Covid-19 vaccine mandates.

After trying to push through the blockade this afternoon, three people were handcuffed and led away.

The crowd then settled and began singing the national anthem.

Earlier, police asked protesters to to dismantle any structures that have been erected on Parliament grounds, such as tents and marquees.

About 100 police formed a ring around the front of Parliament edging up to a line of protesters who have linked arms lining up in front of the cenotaph.

About 1000 people and hundreds of vehicle converged on Parliament grounds yesterday, and at least 100 people camped overnight.