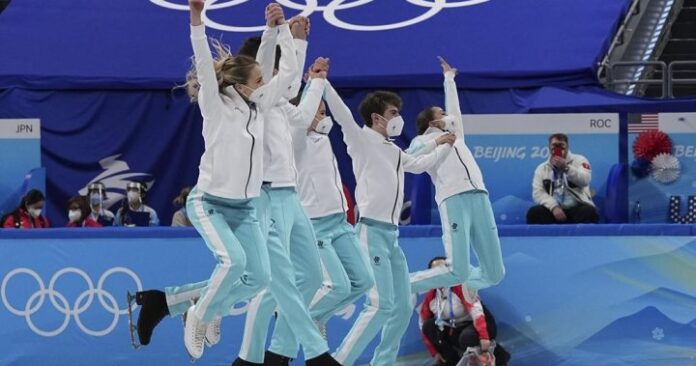 An ongoing legal issue that could affect the medallists in the team figure skating competition at the Beijing Olympics, an event in which Canada finished fourth, has caused the award ceremony to be delayed, the IOC said Wednesday.

The ceremony to award the Russian team the gold medals, the United States silver and Japan bronze was pulled from its scheduled slot late Tuesday.

International Olympic Committee spokesman Mark Adams said the reason was a “legal consultation” required with the governing body of skating.

Details of the case were not specified.

“We have athletes that have won medals involved,” Adams said at the daily news briefing.

“You can bet your bottom dollar we are doing everything that this situation can be resolved as soon as possible. I cannot give you any more details but we will do our level utmost.”

–With files from Reuters

5:03
Update on Canadian athletes at the 2022 Beijing Olympics

Update on Canadian athletes at the 2022 Beijing Olympics

Jeremy Kyle felt ‘scapegoated’ when his TV present was axed after...