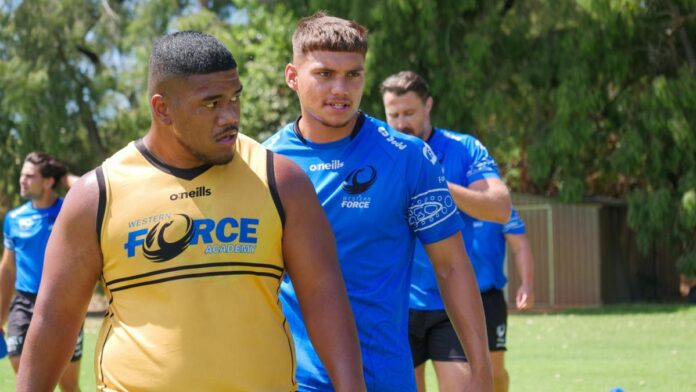 Six Western Force academy players have been called up for the junior Wallabies training camp ahead of the Oceania under-20 championships in July.

A seventh, outside back Justin Landman, has been named as a shadow train-on player.

Their selections are a significant step forward for the academy as it rebuilds with the Super side after the controversial 2017 axing by Rugby Australia.

Academy general manager Chris Goodman said: “It’s special. They are players who have worked really hard to get to this point.

“Being isolated from the rest of the country in WA during COVID makes it harder for them to push their case.

“To their credit, they’ve played some quality rugby and produced some great strength and conditioning testing results.

“More importantly, they’ve contributed to the culture off the field as well.

“For them to gain selection to represent themselves, their families and the Force is massive.

“This is another step in their pathway to becoming professional players.

“To be involved with the junior Wallabies with the standard of their coaching is hugely beneficial.

“It’s an opportunity to be in a different environment with different players, which is all very positive for their development.”