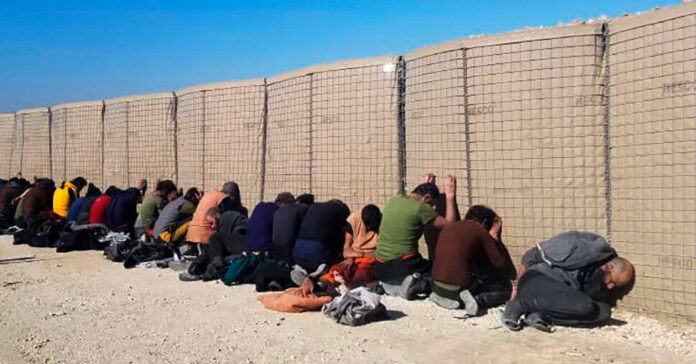 BEIRUT, Lebanon — Fighters from the Islamic State launched a brazen attack on a prison holding thousands of their comrades in northeastern Syria, setting off deadly clashes with the Kurdish-led militia that controls the area, Kurdish officials said Friday.

The fighting continued throughout the day with numerous casualties, but there were conflicting reports of how many people were killed and how many prisoners had escaped.

The jihadist fighters began their assault on the prison in the city of Hasaka, Syria, on Thursday night by detonating a car bomb near the entrance and then unleashing hails of gunfire at the guards, the officials said.

The prisoners inside then rioted, hoping to help the attackers set them free.

Local news media published photos of scores of prisoners who had been restrained and lined up along walls or put on the ground in tents. Videos posted on social media showed smoke rising from the prison as automatic gunfire rang out while nearby residents fled, carrying children and bags of belongings.

A video circulated by local activists showed what appeared to be an airstrike by the United States-led coalition on a building near the prison occupied by Islamic State fighters.

The local Kurdish-led security forces said that seven of their members had been killed in the clashes. The Syrian Observatory for Human Rights, a conflict monitor based in Britain, said that 39 Islamic State attackers, 35 members of the Kurdish-backed militia and five civilians had been killed.

The prison holds thousands of men who were arrested by the Kurdish-led militia known as the Syrian Democratic Forces. The militia partnered with the United States and other nations to fight the Islamic State, which, at its height, ruled territory the size of Britain in Syria and Iraq.

Kurdish officials have long warned that they did not have the resources to securely hold so many prisoners in a makeshift prison, and that members of the Islamic State still at large would be likely to try to break them out.

Reflecting the diversity of the Islamic State’s ranks, the prisoners hail from dozens of countries, most of which have refused to take them back.

During a visit to the prison in 2019, reporters for The New York Times saw hundreds of men, many of them emaciated and injured, dressed in orange jumpsuits and crammed into crowded cells. Those interviewed either denied they had been with the Islamic State or claimed to have had nonviolent jobs as teachers or cooks.

The Times also found more than 150 children, ages roughly 9 to 14, held in crowded cells. Kurdish officials say they have since been moved to other facilities.

Human rights organizations have criticized Western governments for not repatriating their citizens from northeastern Syria, comparing their indefinite detention with no legal recourse to the plight of men held in the U.S. detention center in Guantánamo Bay, Cuba.

Women and children who were detained as the Islamic State’s so-called caliphate fell apart, finally collapsing in March 2019, are held in camps nearby that aid groups have warned are unsanitary and serve as jihadist recruitment centers.

Israel’s Political Crisis Is Resolved, but Governing Remains a Strain

In Iran, a New Wave of Repression Hits Acclaimed Filmmakers

What’s going to occur when Bennett meets with Biden in Washington?