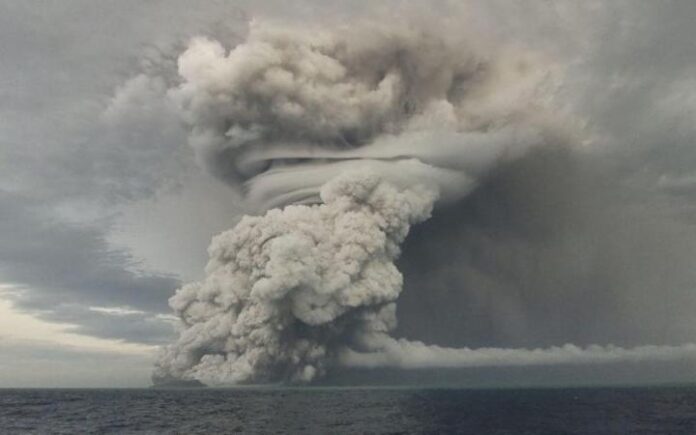 It is possible the Tongan volcanic eruption could lead to a slightly cooler winter and possibly beautiful sunsets in the southern hemisphere this winter. 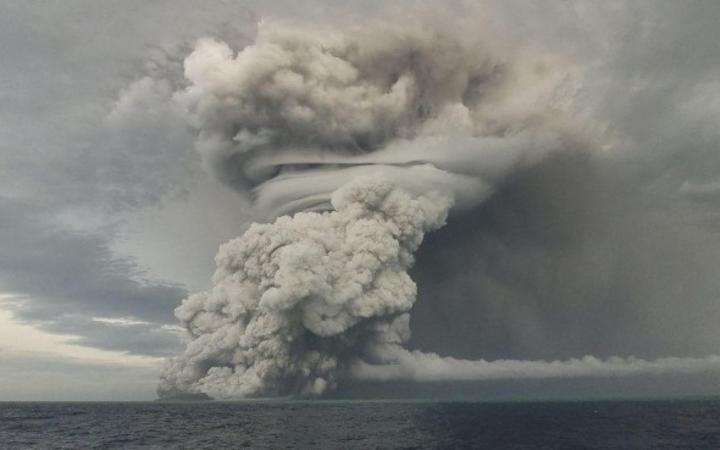 The effects of the undersea volcanic eruption in Tonga was felt across the Pacific.
Photo: Tonga Geological Services/ EyePress News via AFP

When a volcano erupts, it releases huge amounts of sulphur dioxide (SO2) into the air, which bounces some of the sun’s radiation away.

Climate scientist Jim Salinger has researched the impacts of major volcanic eruptions, including Pinatubo, on the climate in New Zealand.

He said it was not nearly as large eruption as Pinatubo, and would not have a global impact on the climate, but there could be some local effects in the Southern Hemisphere.

Dr Salinger said it could take a few months to kick in and have cooling of about 0.1 to 0.5 degrees, lasting until spring.

“[In] New Zealand it would mean that it might be just a little bit cooler than normal.”

He said it would be nothing like after the Pinatubo eruption in 1991, when there were some “very cold and horrible winters”.

But one upshot, there could be some wonderful sunsets.

“You get a lot of purple sunsets,” Dr Salinger said.

“And as the material drifts down even lower it eventually falls out, but you get some fabulous purple skies.”

NIWA said early indications from the Tonga eruption did not show extreme levels of SO2 in the stratosphere.

More measurements need to be taken and further eruptions were possible, but it was unlikely to have a significant impact on global climate or change the direction of the global temperature trend.

However, some of the SO2 has been wrapped into Cyclone Cody, east of New Zealand.

SO2 is a toxic, invisible pollutant, so for those in Tonga, this could cause short-term hazards to human health, including acid rain and volcanic smog.

Meanwhile Dr Salinger, along with climate scientist James Renwick, have crunched the numbers on temperature for the territory of New Zealand, including its maritime zone.

The territory is now 1.2 degrees warmer compared to 1870.

It also causes kelp to die off the southern coast, and mussels to die.