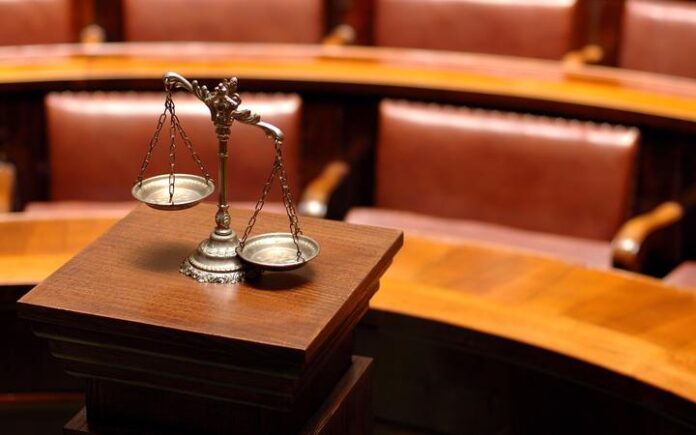 The ex-partner of top law firm Russell McVeagh has been barred from doing law work for two years and made to pay more than $100,000 for sexual misconduct.

In June last year, James Gardner-Hopkins was found guilty of six charges of misconduct by the legal profession’s disciplinary body the Lawyers and Conveyancers Disciplinary Tribunal.

One of the misconduct charges relate to consensual sexual activity with a fifth young woman.

In his penalty now released, he has been ordered to pay more than $100,000 in costs to the Law Society and its standards committee.

The two year suspension begins on 7 February so he can complete pro bono work.

The finding said his conduct brought shame on himself and disrepute to the profession.

“We consider that nothing short of a significant period of suspension will suffice to mark the seriousness of the misconduct, the harm to victims in this matter and the considerable work still required in therapy.”

In December, the penalty hearing was told Gardner-Hopkins would not appeal the finding, and directly apologised to the victims for his conduct.

The finding said aggravating factors were the number of incidents and the power imbalance.

The young women described their summer clerkships as being a “three month long job interview”, placing them in a vulnerable position.

The incidents had an “incalculable impact” on the women, making them feel they were not safe anywhere in the workplace.

Some of the women left the profession and others moved to different areas of law.

Mitigating features included Gardner-Hopkins’ loss of status and the significant drop in income, and the reputational and emotional toll.

The finding said a penalty of suspension gives the opportunity for reflection and rehabilitation of the practitioner.

It said his abilities as a lawyer and advocate meant there was benefit to the public from him being rehabilitated and re-admitted to the profession.

But it said it was “extremely doubtful” he would get his practising certificate back without addressing the underlying causes of his behaviour during that time, including problematic consumption of alcohol.

Gardner-Hopkins will have to reapply for practising certificate – Law Society

The Law Society Te Kāhui Ture o Aotearoa said while a sterner penalty was sought it is a significant suspension.

Law Society president Tiana Epati said its standards committee had argued striking him off was appropriate.

“The penalty imposed does not mean Mr Gardner-Hopkins will automatically be able to work as a lawyer after two years.

“Following suspension, he will need to apply to a Law Society practice approval committee for a new practising certificate.

“The onus is squarely on him to prove he is fit and proper to be a lawyer again.”

The Law Society wanted to acknowledge the length of time it had taken, from when the investigation started in 2018, to today, Epati said.

Changes had been made to its processes for sensitive complaints.

Reporting misconduct was now mandatory, and there were clearer standards as well as whistleblower protections.

Op-Ed: Fitting vaccine conspiracies into a philosophy of fiction

Analysis: Biden is (finally) stringing together some political wins. Can it...

Teachers feeling anxious about return to school: ‘It is far too...