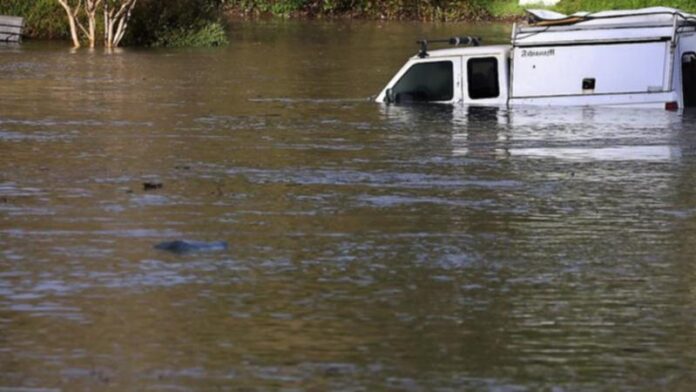 A distress signal has been detected in an isolated, low-lying group of islands in the Tonga archipelago following a massive volcanic eruption and tsunami, the United Nations said, prompting particular concern for its inhabitants.

Initial reports suggested no mass casualties on the main island of Togatapu, but two people were reported missing and the capital Nuku’alofa was badly damaged in Saturday’s event, as were resorts and homes along the island’s western beaches, it said.

“Further volcanic activity cannot be ruled out,” the UN Office for the Coordination of Humanitarian Affairs (OCHA) said in the update on Monday, reporting only minor injuries but emphasising that formal assessments, especially of the outer islands, had yet to be released with communications badly hit.

The uninhabited volcanic island of Hunga-Tonga-Hunga-Ha’apai all but disappeared following the blast, according to satellite images from around 12 hours later. The Pacific archipelago was blanketed in ash and volcanic ash clouds spread to countries thousands of kilometres to the west.

The OCHA said there had been no contact from the Ha’apai group of islands and there was “particular concern” about two small low-lying islands – Fonoi and Mango, where an active distress beacon had been detected. According to the Tonga government, 36 people live on Mango and 69 on Fonoi.

Experts said the volcano, which last erupted in 2014, had been puffing away for about a month before rising magma, superheated to around 1000 degrees Celsius, met with 20-degree seawater, causing an instantaneous and massive explosion.

The impact of the eruption was felt as far away as Fiji, New Zealand, the United States and Japan. Two people drowned off a beach in northern Peru due to high waves caused by the tsunami.

Tonga is COVID-free and has concerns about the risk of aid deliveries spreading the virus to the island – any aid sent will need to be quarantined and it’s unlikely any foreign personnel would be allowed to disembark aircraft.

International communication has been severely hampered by damage to an undersea cable, which could take more than a week to restore, and Australia and New Zealand were assisting with satellite calls, he said.

The Ha’atafu Beach Resort, on the Hihifo peninsula, 21km west of the capital Nuku’alofa, was “completely wiped out”, the owners said on Facebook.

The family that manages the resort had run for their lives through the bush to escape the tsunami, it said. “The whole western coastline has been completely destroyed along with Kanukupolu village,” the resort said.

Katie Greenwood, the Pacific head of delegation for the International Federation of Red Cross and Red Crescent Societies, told Reuters up to 80,000 people could have been affected by the tsunami.

What opposition laws will problem the coalition subsequent week?