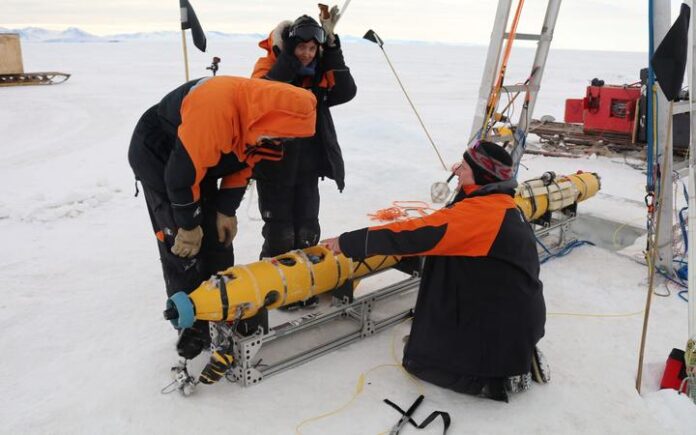 Antarctic scientists are developing new underwater polar technology that could help understanding of how the ocean, ice and atmosphere work together. 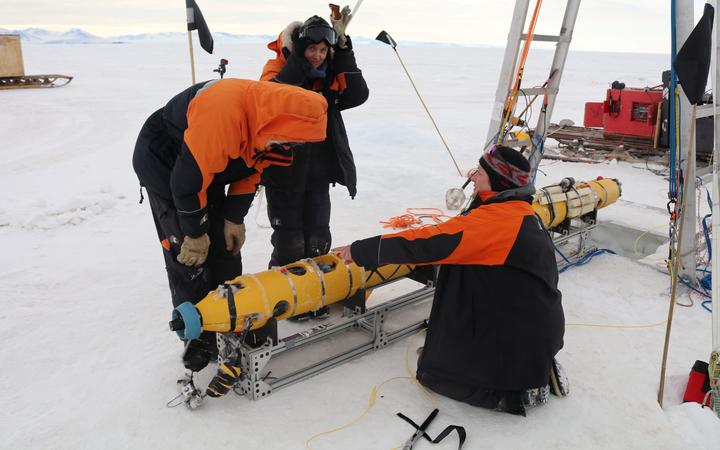 The Kiwi-led project has been collaborating with Norwegian and US scientists to build a device that could be sent below the ice to precisely measure the water temperature.

The High Precision Supercooling Measurement Instrument used the Icefin – a small, remotely-operated, submersible robot – to access the supercooled ocean water beneath the ice in Antarctica.

Dr Inga Smith from the University of Otago said sea ice usually froze at -1.9C, but that did not happen when fresh water flowed from beneath an ice shelf and mixed with the salty sea water.

“Then it becomes what’s called supercooled, so it’s still liquid but actually below the freezing point. It then snap freezes into these crystals called frazil, they attach to the sea ice and form platelet ice.

“That means the sea ice in this area is thicker and grows faster than it would otherwise, certainly thicker and faster than you would expect in the Arctic, for example, in a similar location.”

The team of scientists were pushing the edge of polar engineering by operating in the cold temperatures and making high-precision measurements of that supercooling, she said.

The new underwater technology was tested in Antarctica for the first time this season.

“We know more about the dark side of the moon than we know about what’s going on underneath the Ross Ice Shelf,” she said.

“These measurements help to inform understanding of how the system that is the ocean, the ice and the atmosphere works together, and how that all interconnects.

The team worked out of an ice camp of containers owned by NIWA on McMurdo Sound.

Antarctica New Zealand chief executive Sarah Williamson said they managed to collect oceanographic and sea ice data for 17 of the 20 days at the ice camp, and data from the new device on eight of those days.

“It’s always satisfying when we can support this world-leading science so successfully in Antarctica, particularly when it has such important ramifications for the rest of the planet.”

The project was funded by the Marsden Fund.

Covid-19: Nadia Lim’s ideas for surviving with out takeaways