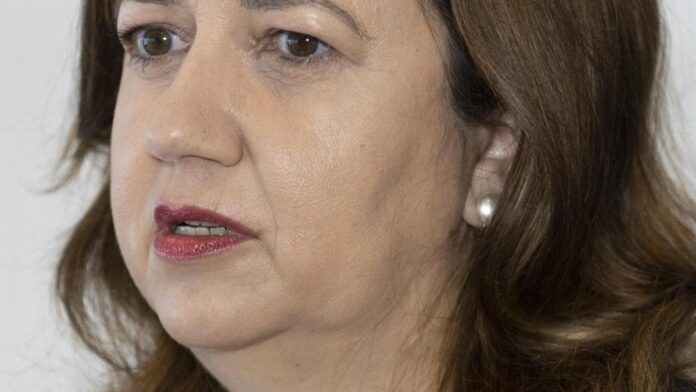 Queensland has recorded 19,709 new infections and six deaths in that past 24 hours, including one person aged in their 20s.

It brings the total number of active cases across the state to more than 180,000.

There are now 649 infected people in hospital with 46 in intensive care and 14 on a ventilator.

He urged all residents to assume they “very likely” had Covid-19 if they had any associated symptoms as the state heads toward its peak.

“We would like you to get tested with a PCR test or rapid antigen test if possible, but if for whatever reason you find that difficult, you should assume you have Covid and isolate,” Dr Gerrard said.

The state reported a record 23,630 new infections and three deaths on Friday.

The figures come as the state officially opened its domestic borders, removing all restrictions on interstate travel.

“The Omicron variant is widespread in Queensland and the rest of the country,” Premier Annastacia Palaszczuk said.

“Now we’ve had a chance to get our vaccination rates up, this is the right time.”

More than 91 per cent of residents have had at least one dose while 88.5 per cent have had both.