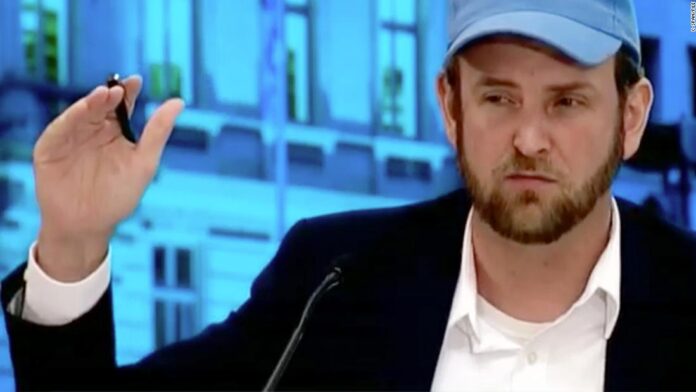 Seth Andrew, 42, was arrested and charged last April on counts of wire fraud, money laundering and making false statements to a bank, according to court documents. Andrew previously pleaded not guilty to the charges against him in connection to the allegations.

He now faces a maximum sentence of 20 years in prison for the wire fraud charge and agreed to pay restitution to the charter schools network for the money he stole, according to a Southern District of New York news release.

“Seth Andrew, a former White House advisor, admitted today to devising a scheme to steal from the very same schools he helped create,” US Attorney Damian Williams said in the news release. “Andrew now faces time in federal prison for abusing his position and robbing those he promised to help.”

The former Obama White House adviser is scheduled to be sentenced in Manhattan federal court April 14.

Andrew’s attorney, Edward Kim, said in a statement that “Seth’s life has always been motivated by a civic mission and he deeply regrets his past mistakes. He has, with courage, accepted responsibility for them. With the help and support of his family and loved ones, Seth looks forward to deepening his commitment to service and innovation in the next chapter of his life.”

As CNN previously reported, prosecutors said Andrew helped create a network of charter schools based in New York City in 2005, left the network in 2013 for a job at the US Department of Education, and later became a senior adviser in the Office of Educational Technology at the White House, where he continued to be paid by the charter school network. Prosecutors say Andrew left his role in the White House in November 2016 and cut ties with the school network in January 2017.

According to a criminal complaint filed on April 20, prosecutors alleged that between March and August of 2019, Andrew used his former association with the network of schools to steal $218,005 of the school’s reserve money by using his email address affiliated with the schools to email a bank employee and convince them that he was still associated with the school, which he was not.

The complaint stated that after allegedly stealing the school network’s money, Andrew “attempted to conceal the source of the stolen funds … and make it appear that the stolen funds belonged to a non-profit organization that Andrew founded, and currently appears to control.”

Prosecutors alleged Andrew misrepresented that he “lawfully controlled” the money in order to obtain a discounted mortgage interest rate to buy an apartment in Manhattan.

Nikole Hannah-Jones declines UNC tenure place and can be part of...

Vaccine hesitancy, an issue among police officers, is also evident among...