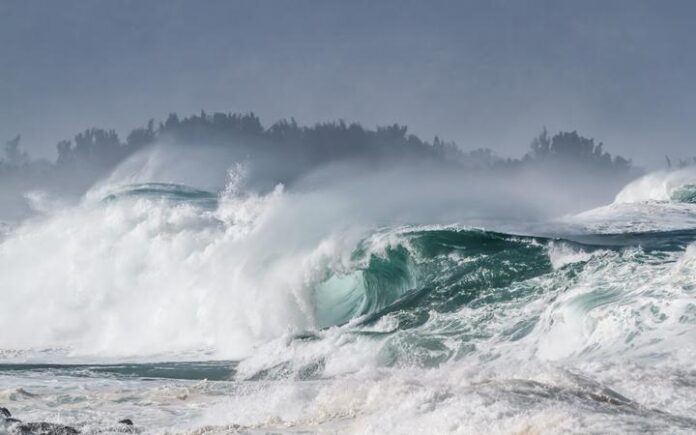 The cyclone moving towards East Cape may not be as damaging on the North Island as previously indicated but MetService says coastal communities and people on holiday along the eastern coasts of the North Island should be on alert for high waves over the coming days. 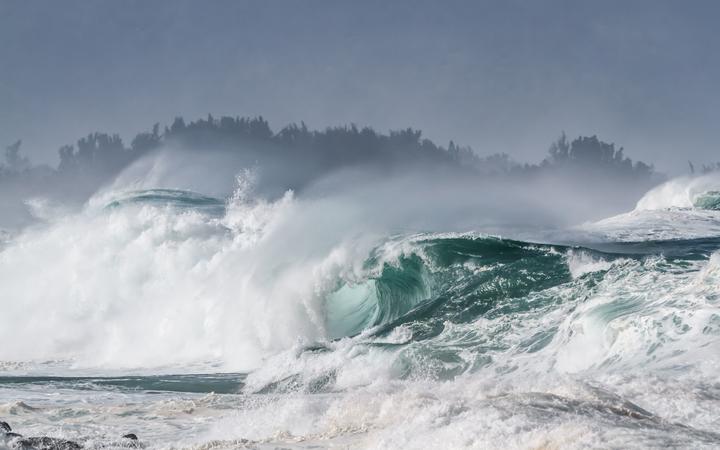 Cyclone Cody is currently in waters to the north of New Zealand and is now expected to pass near East Cape on Monday.

MetService said hazardous conditions in the water were still expected, with large swells and significant sea surges and rips possible around exposed eastern coastlines of the North Island.

However, the cyclone was expected to track further east than previously thought, which should reduce its impact on the North Island.

This eastward shift means there’ll be reduced impacts from wind and rain, which will be confined to Gisborne, Hawke’s Bay and the Bay of Plenty pic.twitter.com/2WhH4MZjZ8

The largest risk for Northland to Bay of Plenty was from today until Monday, while the greatest risk of unusually large waves from Gisborne to Wairarapa was from tomorrow until Tuesday.

A heavy rain watch has been issued for Gisborne from Monday and a strong wind watch is in force for Gisborne and the Bay of Plenty, also from early Monday morning.

Wave heights are already picking up along the Bay of Islands

MetService meteorologist Lewis Ferris said Cyclone Cody’s forecast path had moved progressively eastwards over the last couple of days, but wind and rain were still likely to turn up around eastern parts of the North Island on Monday.

“Waves of around seven metres have been observed near the Bay of Islands this morning and we’re forecasting large waves to turn up along the coast down to the Wairarapa in the next few days.”

Areas away from the eastern coastline were unlikely to be affected by the cyclone and could expect fine weather.

While everything is happening to the east, there’s lots of sun for most of the country this weekend, apart from some eastern parts

MetService said the cyclone was forecast to head towards the Chatham Islands from late Monday.

Tairāwhiti officials earlier said they were preparing for a worst-case scenario as the cyclone approached.

Gisborne Civil Defence emergency manager Ben Green said they wanted to be prepared for any scenario.

“We’re probably as well set up as we can be going into what’s hopefully potentially just a glance of the system coming through.”

Green said they had been making courtesy calls to ensure people in remote areas of the region were aware gale force winds, intense rain, and high seas were likely.

He said some people had been completely unaware of the possible weather event.

River levels were being monitored and there had been additional cleaning of sewers and stormwater pipes, he said.

The transport agency, Waka Kotahi, said people should be prepared for large swells on low-lying coastal roads, as well as heavy rain and severe gales.

This kind of weather could cause slips, with debris and trees falling on the roads.

She said drivers of high-sided vehicles should consider not travelling until the severe weather died down, even if the roads were open.

Crews would be monitoring the situation closely, and would close roads if the weather got too dangerous.

Cyclone Cody is putting extra pressure on firefighters at Kaimaumau.

The blaze has a 50km perimeter – and has burned 2400 hectares of bush, scrub, wetland, and dune vegetation in the past month.

Northland Fire and Emergency had 65 firefighters on the ground yesterday and eight helicopters in the air.

It said increased wind speeds from Cyclone Cody were creating flare-ups but it was unlikely the fire would breach containment lines.

Some nerves but relief as Auckland primary schools reopen