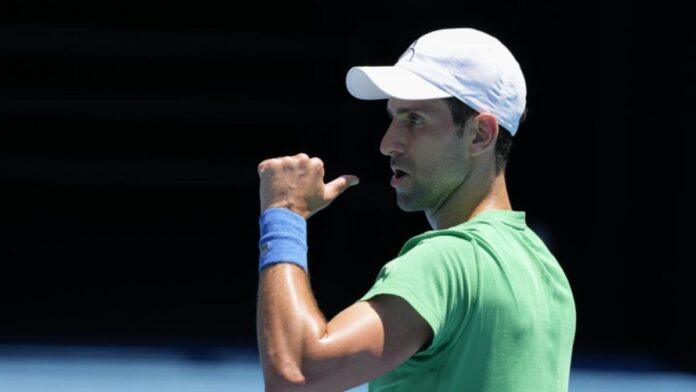 Novak Djokovic’s supporters in Serbia have been left dismayed after waking up to the news that the world no.1 again faces deportation from Australia after his visa was revoked for a second time.

Australia’s immigration minister used his ministerial discretion to cancel the 34-year-old Australian open champion’s visa on public interest grounds — less than three days before he was due to open his defence at this year’s edition.

Djokovic’s lawyers again appealed at a court in Melbourne on Friday, which they successfully did last week on procedural grounds after his visa was first cancelled when he landed in Melbourne and spent four nights in an immigration detention centre.

Djokovic initially refused to say if he had been vaccinated against the coronavirus, but he got an exemption from Australia’s strict COVID-19 vaccination regulations to enter the country the first time. He said this week he is unvaccinated.

If deported, Djokovic is likely to return to Serbia, where his saga has captivated the public and where he has an almost iconic status and overwhelming support.

“I am revolted. I am angry because I did not expect that they would treat the world’s best tennis player like this,” said Mila Aleksic, a Belgrade resident.

Djokovic’s former coach and mentor, Niki Pilic, described the situation as “shameful” and said Djokovic was being treated like a “criminal”.

“People do not understand what it means to be a world champion, what kind of strength, will and morale is needed,” Pilic said.

“It’s not the end of the world if he doesn’t play the Australian Open … he will play at other tournaments.”

Nebojsa Covic, a former politician and now the owner of the Red Star Belgrade basketball club, said the controversy has made Djokovic “a symbol of the free world” no matter what happens.

“He is a global star, a beacon of free men. Basic human rights are being violated,” Covic told Prva TV.

“Djokovic is the moral winner of the tournament in Australia.”

Nicole Kidman up for best actress Oscar, Power of the Dog...

Life inside the Olympics bubble: Limbo between China and the world

Tesla got a subpoena from US government 10 days after Elon...